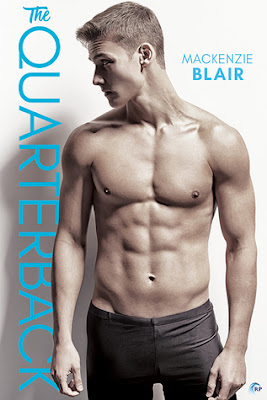 ~ a virgin quarterback ~ a forbidden massage ~ one very happy ending ~

Matt Lancaster is blonde and built. He's a star quarterback at a small Christian college in Alabama and a good student. Every guy wants to be him. Every girl wants to fuck him. Matt's living the American dream.

Except Matt's dream doesn't include a girlfriend or a pro career. Matt is gay and so deeply closeted, he's suffocating. His abusive, homophobic father schemes people out of money and keeps his son on a tight leash. Not wanting his younger twin sisters to suffer, Matt toes the line.

Until he meets Trevor, an edgy, tatted-up Korean-American boy from Texas who works three jobs to put himself through college.

The first time Matt meets Trevor, Trevor attempts to give him a DELUXE massage. Which is code for "I'm going to milk your dick until you come."

Matt freaks; Trevor blushes. It's the beginning of a beautiful friendship.


This book has it all:

- cool friends, and even cooler sisters

- complex, lovable MCs (Matt does some stupid things, but he tries really hard and is so damn cute with Trevor. Trevor pushes too much and gets defensive, but he's also an excellent teacher and quick to forgive.)

- some angst & homophobic bullies (but no OTT melodrama)

- potential for a series (YES, please)

I'm so glad I took a chance on this new author!

An ARC was provided by the publisher via NetGalley in exchange for an honest review. Download links are provided as a courtesy and do not constitute an endorsement of or affiliation with the book, author, publisher, or website listed.