Blogtour: The Layover by Roe Horvat


The Layover is my first-born novella. Therefore, like a typical new parent, I’m anxious, sleep-deprived, uncontrollably happy—and ready to give my baby anything. My brilliant beta-reader, Malin got me thinking when she said she’d like more of Jamie. As a result, the whole blog tour is a short prequel to The Layover—from Jamie’s point of view—in seven parts.
The Swiss Experiment (The Layover prequel) continues below, #2.
Love 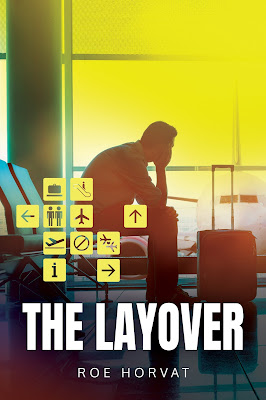 Eight years ago, Ondro Smrek fled Slovakia and the bigotry that drove his first lover to take his own life. The demons proved impossible to outrun, though, and now, desperate for somewhere to belong, Ondro is returning to start over. During a layover in Basel, Switzerland, he meets Jamie, an American living in Scotland who is as brilliant as he is beautiful.

Jaded Ondro never would have guessed he could fall in love during a brief layover—until now. When he is put in a position to offer Jamie comfort without hope of recompense, Ondro doesn’t hesitate. Soon, he catches a glimpse of the home he longs for. But with their separation looming, confessing his feelings would only lead to pain and humiliation. Life has taught Ondro not to hope, but then, he never believed in love at first sight either. 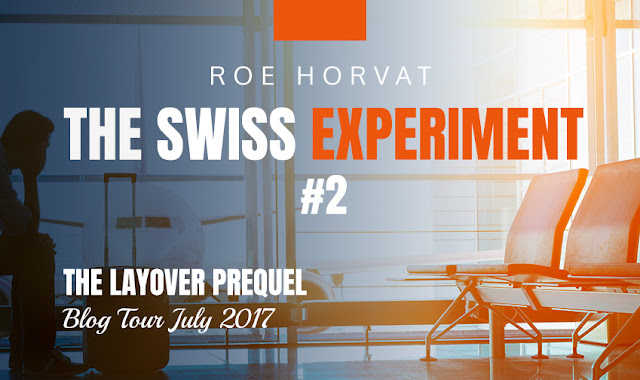 The Swiss Experiment
Prequel to The Layover
#2
(for #1 visit http://roehorvat.com/category/free-reads/)
Tipping his hat back, trying not to think about the way the purple monstrosity made him appear, Jamie leaned closer to the bar, squeezing between two groups of youngsters. They seemed barely legal, for fuck’s sake. One of the boys, a blond twink sporting a huge glittering earring and silver lip gloss, winked at him. Jamie looked away so quickly that his neck gave a painful twinge. The bartender was occupied two meters to the left, but in a moment, he caught Jamie’s gaze and nodded, subtly acknowledging his presence.
Jamie waited trying not to look around in case he accidentally caught someone’s gaze again. Isn’t that what you’re here for? he thought with a heavy dose of self-deprecation. What was he trying to achieve? Did he seriously think he would miraculously turn into the carefree social butterfly David had always wanted him to be? Because of one night out abroad?
The music melted into a newish Lady Gaga hit, and there were several cat calls from the dance floor. Someone had moves. He could go and look at the dance floor, but his muscles groaned at the thought of dancing. The cold he’d caught last week was slow to give up, and Jamie could still feel the ache and tiredness of it in his limbs and joints. Every evening for the past week, he’d gone to bed with an insistent headache.
The bartender finally moved his way, and Jamie almost climbed onto the counter trying to catch the overly-tanned man’s attention.
“Rum and coke!” he shouted over the music.
The bartender nodded and turned around to grab a bottle of Havana Club from a shelf behind him. The making of the drink took five seconds. The bartender said something in German, but Jamie barely heard. There was no chance of understanding. Showing the price on his fingers, the bartender didn’t try to hide his annoyance.
Fifteen francs? Jesus, that was so not worth it. Jamie handed the man his card wincing internally. He imagined his account bleeding.
Drink in hand, he turned back to the crowd and skimmed it carefully. How long was it since he felt an attraction to a random stranger? Something more than just a fleeting interest? Something that would make him consider approaching a person and opening his mouth? This was supposed to be like a research study. The results could not be considered valid if he didn’t go through with all the steps. Actually, not until he replicated the Experiment in a different milieu and got the same results—
“Wie süss!” someone shrieked in his ear, and Jamie started, sloshing his rum and coke. Wide-eyed, he took in the man that accosted him. He had a full beard, kind brown eyes, red cheeks and a sweaty forehead under a short, thick carpet of dark brown hair. He was pointing at Jamie’s ridiculous excuse of a hat and grinning broadly.
“Sorry!” Jamie shouted back. “English?”


The guy shrugged his impressively muscled shoulders, kind of disproportionate to the rest of his trim body, and made an obvious gesture between his thumb and a forefinger. A little. He continued smiling at Jamie, scanning his eyes over Jamie’s not-so-tight T-shirt, and dark jeans. The interest in his eyes was unmistakable.
He leaned closer, his mouth almost touching Jamie’s ear under the hat, and spoke:
“No talk!” He leaned back, staring directly into Jamie’s eyes and waggled his distinct eyebrows. Jamie’s mouth fell open. Still grinning widely, the guy made a shimmying disco move and jerked his chin towards the dancefloor invitingly. His cocky no-worries attitude was refreshing. And alarming.

Roe was born in former Czechoslovakia and endured a miserable adolescence in the post-communist wasteland. Equipped with a dark sense of sarcasm, they left for Germany and later, Spain.

Finally, they settled in Sweden, where the weather is nasty but the freedom great. Roe works as a motion graphics artist, loves Jane Austen, Douglas Adams and everything in between, preferably by the fireplace with a strawberry daiquiri in hand. Roe writes contemporary romantic fiction – it conveniently balances out their real-life pragmatism.

When not hiding in the studio doing graphics, Roe can be found trolling cafés in Gothenburg, writing, and people-watching.

Get in touch with the Roe: