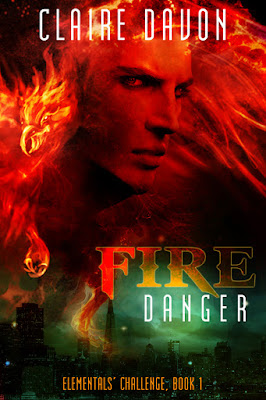 All her life, a faint memory of her parents and fire has glowed at the back of Rachel Quinn’s mind. With her parents long dead, there is no one to clarify what it means.

When a gorgeous winged man rescues her from a pack of werewolves, something flares to life inside Rachel. Suddenly she can see the paranormal world around her, a world unseen by mortals. And far more complicated.

When Phoenix’s massive orange-and-red wings erupt from his back, he knows his Challenge-an age-old battle against his Demonos counterpart-is upon him. Heeding Rachel’s cry for help adds a layer of complexity never seen in any previous Challenge.

Rachel, they discover, isn’t entirely human. Like Phoenix, she commands fire. Fire calls to fire, and soon they are succumbing to a fierce attraction. As the Challenge bears down on them, though, Phoenix must discover what the Demonos has in store for mankind. If he doesn’t succeed, the entire world will be swallowed up in darkness-and Rachel along with it.

“I could drown in his eyes,” he heard her say, and he chuckled. Rachel flushed. “That is still taking some getting used to.”


“Yes.” His fingers laced through hers and his grip firmed, squeezing gently. He kissed her, his lips grazing hers, and pulled her against him, tucking her head against his shoulder.


He could hear his heartbeat, slow and steady, in her mind. She radiated uncertainty, fear.
“It’s crazy to let someone see who I am,” she said. “You’re going to see my ugly side and never want to know me again.”


“I am not those people. I am not one of your mortals to be so easily scared by a few dark secrets. I have more than my share.”


She sighed and relaxed a little bit more. The scent of fear and adrenaline was acrid in his nostrils. A part of him that hadn’t felt anything for a long time surged to life.


“I want to know,” she said. “I can feel something shifting inside me, like a dam breaking. I don’t understand who or what happened, but I want to know.”


He swallowed, cupping her face in his hands. “Let me in and let me see if I can discover what you really are.”


“Okay.” Her voice was tremulous. When she met his gaze, to his relief there was strength lurking in the blue depths.


He took both her hands in his. Then he opened his mind to hers all the way, leaving himself bare to her. Her shields went down, the small ones she had erected only recently, and the deeper, instinctive ones she had carefully locked around her innermost self.


Images. Her parents at the water. He saw the world through Rachel’s child eyes, and he worked on orienting himself. That memory was only a fragment, and he went deeper, searching her mind for the answers there.


Dark memories. Images of petty crimes. Stealing a candy bar as a child. Taking toilet paper from her employer when she was so low on money she didn’t know how she was going to eat after she had fed JT. Deep sexual needs, hard, fast, more than her partners could give her. A horrifying loneliness, soul deep, when she realized that nobody loved her. Nobody but the cat she had rescued from death in a dumpster, anyway.


Before he could think, he mind spoke. “You are not alone anymore.”


He went deeper. There it was. A thread, something not human. Phoenix followed it. He sensed something deeply buried, a power banked that had not yet been revealed. It licked at him like flames, like his own ability to manipulate fire under certain circumstances, but different. Very different. This was focused, somehow feminine. There was no question her gift came from the maternal side.


Images. Her mother bathed in the flames from a campfire, out in the Sierra Nevadas. Her father enjoying the view of his woman, seeing but not seeing the glow of the red fire.


Images. Lightning sparking and touching down near them, not as close as it seemed but feeling close enough to touch. Her mother laughing while her father looked on with fear, watching her reach out to the energy.


Images. A small Rachel looking up at a furious father, who was holding a scorched teddy bear.


Images. A dream this time, Rachel tossing and turning in a stormy night, dreaming, dreaming, dreaming of revenge on all the children who mocked and pointed at her. Of the foster family who only took her in because of the money, and made sure she knew that every meal she ate was begrudged. The dream took the form of the movie Carrie, with Rachel sending fire down the hallways and corridors of the school and into the master bedroom at home, setting everyone ablaze.


That fateful night. A ten-year-old Rachel running from the car as it erupted in flames. There was a large…something…behind them, and it spat fire at them.
Memory jumbled and she was away from the burning car, her overnight bag in one clammy hand. Inside she could see the skeletons of her immolated parents. A big winged figure, like a page from the Arabian Nights, was hovering out of sight of another, smaller one. She wasn’t sure how he managed to be unseen, but he did. The large person spared her a look, and she heard, “Run, Rachel, run. Now, granddaughter.”


Her feet were moving before she was aware of it. In the distance there were sirens, their sounds indicating they were getting closer. Someone must have seen the fire. She could stay, she could go back…maybe her parents were still alive…
“They are not. Run.”


It was the only thing to do. Tears on her cheeks, Rachel had run. As she did so a blanket descended over her mind, something that protected her even while it took her memories.


She came out of it with a cry, still clinging to Phoenix. 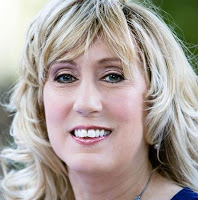 Claire can’t remember a time when writing wasn’t part of her life. From the time she was a pre-teen, she wrote stories, most of them romances. She used to write stories with her friends, with each of them choosing a famous person or a character from their favorite TV series, and model the novels around that. One of her earliest stories, unfortunately lost to time, centered around the 1970s series Starsky and Hutch (she was partial to Starsky).Although she read primarily fantasy and science fiction as a teenager, it didn’t take long for Claire to discover Harlequin romances and their happily-ever-after endings.

Claire has many irons in the fire, including short stories across a multitude of genres to go along with her romances, from contemporary to paranormal. Originally from Brookline, Massachusetts, Claire now lives in Los Angeles. In addition to writing she has an office job she loves, does animal rescue, reads, and goes to movies. She loves to hear from fans, so feel free to drop her a line.

You can find Claire at