In this week's post, we're taking a look at the Angel Enterprises series, plus five little-known facts about Sue. All the way at the bottom is also another chance to win.

First up, Morning My Angel 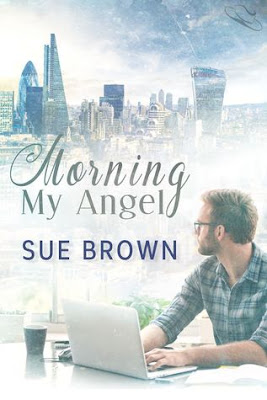 Josh Cooper, top US security field agent, is sent on an inter-agency assignment to London, when a partner in his firm goes missing in suspicious circumstances. Used to working in sole charge of his well-honed team, he clashes heads with the handsome, but pompous Cal, his UK co-operator and superior. Josh’s gut tells him something is wrong. He’s being kept out of the loop and Cal’s agenda is running on a different path.

He also has a personal issue to deal with. He’s involved in a cyber-relationship with “Charlie”, an unknown man who connected with Josh by accident. Their banter has led to deeper respect and a sexual interest, but now Josh is faced with a growing attraction to Cal. Between this conflict and the tension of the mission, Josh’s heart and head are overworked and confused. Things can’t get much worse.

Then Josh discovers the enemies he’s seeking have a new target: him.

Josh gritted his teeth and reminded himself that if he fucked this up he was stuck on this godforsaken island full of men with bad teeth, forever.  “Who are you exactly?”
“It’s not important.”
“What’s your connection with Jonathan Michaels?”
“You don’t need to know that.”
Josh raised an eyebrow. “So by cooperation you mean—?”
“You’ll share the information you discover with us.”
“And you’ll share diddly-squat?” Three men stared back at him. Josh hadn’t had nearly enough fucking coffee to deal with this. He got to his feet. “I don’t think so. Time to go, boys.” Gil and Landry stood and followed him to the door. Josh opened it to find more gray suits blocking his way. He smiled sweetly, letting the edge of danger bleed into his expression. “We’re leaving.”
Plummy Green-Eyes coughed to attract his attention. “You were told to work with us.”
“The operative word is ‘with’,” Josh pointed out. “When you decide to understand fucking English, we’ll come back. Now get the suits out of the way so we can get the hell out of here.”

Second in the series so far, Goodnight My Angel 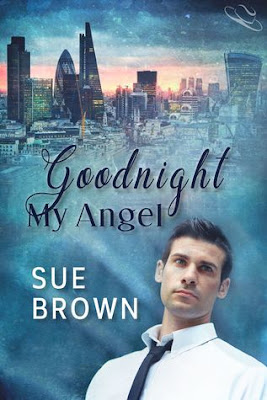 Callum Ross has a tough decision to make. After years of working for the covert ops agency in the UK and owning his own security firm in the US, he’s forced to choose between the business he loves, and the new relationship with his partner, Josh Cooper.

A bottle of whiskey and Josh almost being killed helps Cal make the decision, and he moves to the UK with plans to set up his own security consultancy. Then the head of the covert ops agency where Josh now works asks Cal for help. Agency operatives and their families are being injured or killed, including Cal’s friends. Cal is asked to investigate with Josh’s assistance.

As the number of victims increase, they’re aware either of them could be the next target for the killer.


“You’re really lucky.” The envy in Billy’s voice was bitter. The three of them sat on the sofa, Josh sleeping in Cal’s arms. “You two have the perfect relationship.”
“Josh is special,” Cal agreed, “but you have Erica. She’s a wonderful woman.”
“She was, until you put a bullet in her brain.”
Cal furrowed his brow. “I don’t remember doing that. That wasn’t me.”
Billy’s lip curled. “Liar. I saw you do it, you bastard.”
“It wasn’t me, Billy.”
“You killed my Erica. You destroyed me. Now I’m going to do the same to you.”
Cal realized a second too late what Billy intended to do. He lunged forward, and Josh slipped through his arms, Billy dragging Josh down into the murky depths below.
“Josh! No, fuck, no. Josh!”


Cal leaned over the edge of the sofa looking for Josh, but there was nothing below, nothing except Cal’s tears falling into empty blackness.

With hopefully more books to come! 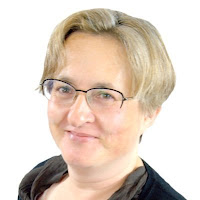 
Thanks for celebrating with us. Come back next week for more of Sue's books, a personal story she's chosen to share, and another chance to win.