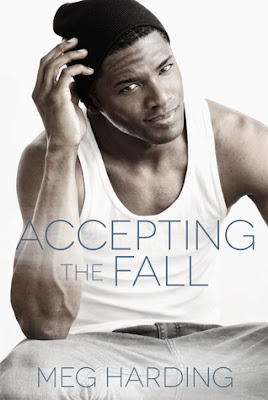 Confronting the past is never easy.

Cole Whitaker is happy. He has the job and boyfriend he always wanted. His heart’s in no danger of being broken, and he can’t ask for more from life. As a kindergarten teacher, he sees it all; however, one troublesome student has him reaching out to the parent, wanting to help. There’s something about Savanah that tugs at his heartstrings.

He never expected her father.

Zander Brooks hasn’t had an easy life, and he’s made some mistakes. Freshly retired from the military and working as a firefighter, Zander thought he’d left Cole in the rearview mirror. He’s not expecting him to appear in St. Petersburg, Florida, of all places, teaching his daughter’s kindergarten class. Suddenly, his biggest mistake is being shoved in his face.

This is Zander’s chance to close a door he’d never fully shut, but time with his former flame might change his mind.

Time had done nothing to dull Cole’s memories of Zander Brooks, though he wished it had. His stomach rolled, and he had to lock his knees to keep upright. Breathe, Cole, you’re being dramatic. Of all the places for them to see each other after nearly two decades…. It was some consolation, a very small amount, that Zander appeared equally as shocked to see Cole. He stood in the doorway, unmoving and silent, his lips parted. Cole could feel Zander,s gaze on him like a physical touch. It made his skin prickle, his heart skip a beat. He was supposed to be over this.

Cole needed to find his words. He was a professional, and whatever personal history they’d had, it was just that. History. It was irrelevant in this room. He played pretend with his class sometimes. He could do that now. He cleared his throat, feeling a bit like a cat with a hairball. “Hello, Mr… Emerson?” It was less confident than he’d been going for, but it would have to do. Zander took a minute to noticeably reorient himself. He walked into the classroom slowly. His pace could even be considered hesitant. Cole tried to ignore the observation, the nagging surge of satisfaction that he wasn’t alone in being off kilter.

From behind him, Savanah snorted. Cole glommed onto the excuse to look away from Zander and turned to her. Savanah’s pert nose was scrunched. “Can I play outside?” she asked, gaze darting between Cole and her father.

Jesus. Zander was a father. Zander was the father who Cole had been wanting to meet. If Cole didn’t regulate his breathing, he was going to have a full blown panic attack. He’d been in love with one of his student’s fathers. He’d had his heart broken for the first time by him. Seventeen years later and it somehow still stung. “No, but you can use one of the stations,” he said, hoping he didn’t sound too strangled. He ran a hand over the back of his neck, damp from sweat. He thought it was possible he’d had a nightmare like this before.

Savanah pouted but went in silence to the reading corner. She made sure to scuff her shoes over the carpet on the way.

“It’s Mr. Brooks,” said Zander, sounding much closer. His voice was the same, deep and smooth like velvet. It sent parts of Cole’s insides fluttering in a way he hadn’t experienced in years.

Cole retreated under the guise of picking the workbook and pencil off the floor. Savanah had Goldfish crumbs littered around the legs of her desk. “Ah, I see. My apologies.” He aligned the book and pencil symmetrically on the scarred desktop. A few of the workbook’s pages were crinkled now, folding in on themselves. He tried to smooth them down and noticed in the process that Savanah had been working ahead. He made a mental note of it.

He was going to have to stop delaying and face Zander eventually. Could he play this off like he hadn’t recognized Zander or was that cat long out of the bag? “Why don’t you take a seat? I’ll be right with you.” He cupped his hand at the edge of Savanah’s desk and used his other to sweep eraser crumbs into his palm.

“Uh.” Zander coughed, shuffling his feet and rustling his jeans in the process. “Here?”


Cole managed to look at Zander at last. His lips even twitched into a half-smirk of their own accord at the picture of Zander squeezed into a child-sized seat. The smirk didn’t last long. Zander was too close. Cole could make out the nearly golden striations in his irises, could see the slow progression of his pupil taking over the brown. He had a scar at his temple now, a jagged slash from hairline to the arch of his eyebrow. Stress lines looked to be permanently etched in the dark brown skin at the corners of his eyes and mouth. If Cole didn’t know better, he’d have said he was staring at someone in their forties. The years they’d been apart had not been overly kind to Zander.

Strangely the realization left Cole with a hollow feeling, a tinge of… disappointment, maybe. He’d been angry with Zander with every fiber of his teenage being, but buried underneath had always been a quiet hope that Zander would figure out how to be happy.

Meg Harding is a graduate of UCF, and recently completed a masters program for Publishing in the UK. For as long as she can remember, writing has always been her passion, but she had an inability to ever actually finish anything. She’s immensely happy that her inability has fled and looks forward to where her mind will take her next. She’s a sucker for happy endings, the beach, and superheroes. In her dream life she owns a wildlife conservation and is surrounded by puppies. She’s a film buff, voracious reader, and a massive geek.