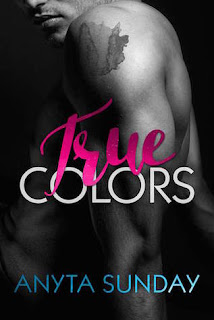 
Oskar used to be Marco’s best friend. His everything. His sunshine yellow.

But that was before. Before Marco stopped being a hot jock. Before he learned to live with scars and pain. And before Oskar tore their friendship apart.

Now the boy next door has returned home, determined to rekindle his friendship with Marco, and Marco’s more afraid than ever. Afraid of getting hurt. Afraid of being humiliated.

Afraid of falling in love.

Can Oskar find a way through Marco’s fear, back into his heart?

Oskar sets his fingertips on the tablecloth, drawing my eye to the warm saffron-yellow checkers and reminding me for a breath-catching second that he used to be sunglow yellow. My happy, my everything. Now he's rust. Dark, burnt-orange rust. A color to throw away.


Marco associates people with colors. His friend Ben is turquoise, full of bright, vibrant energy. Oskar used to be sunglow yellow, but that was before. Marco is salmon, the color of cowardice.

The story begins with black. That was the color the day Marco's mama died. That day changed everything.

Marco carries scars on his body; he wears long-sleeved shirts even when it's scorching outside. He's never had a lover—he doesn't dare bare himself. There was only ever one boy for him. But that boy betrayed him, and their friendship turned to dust.

Marco is the first-person narrator of this story. This is more his story than Oskar's. It's Marco who needs to let go, who needs to forgive. His anger toward Oskar is all encompassing, and I understood it.


"You were my first color."


When Oskar moves back to Berlin, Marco's life turns inside out. He's good friends with Oskar's younger sister Zoe, who is thrilled at her brother's return and asks that Marco put aside his grievances for her sake.

Marco's dad expects Marco and Oskar to star in the play he's producing in tribute to his late wife. This is the final play she wrote before she died, and she envisioned Marco and Oskar as the leads—two pirates, once friends, now sworn enemies. Will one put a sword through the other's heart or forgive?

Marco isn't out, but Oskar is. Marco sees Oskar kissing a boy against a tree and runs.

Hate is just the flip side of love.

Anyta Sunday writes beautifully; her prose is simple but evocative. Every chapter is a color. And every color has a story.

The secondary characters—Zoe, Marco's patient papa and opa (a man of few words who's still as sharp as a tack), his friends Ben (who's pining after Sebastian; this book runs parallel to the first book in the series but CAN be read as a standalone) and Elena (who draws Marco as she sees him, scars and all)—are fully fleshed out.

True Colors is about fear and forgiveness and friendship. It's about first love, the one that sticks. This isn't an easy story, careless in its promises, but it ends with sunglow yellow. There is an epilogue and a frozen pond and messages in a bottle.

My happy, my everything.

A copy of this book was provided by the author via NetGalley in exchange for an honest review.