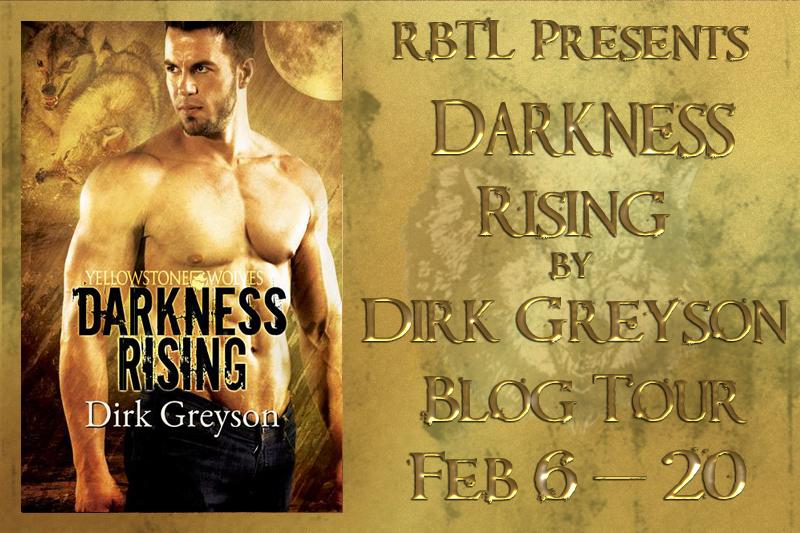 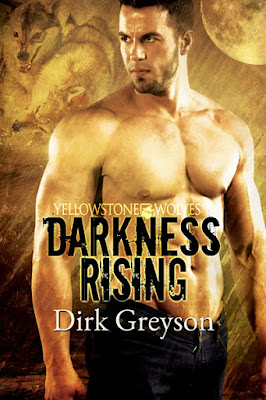 The last thing Tobias, alpha of the small Greenview Pack, expects is to find a lost human asleep in his storage building. As soon as he sets eyes on Pete, Tobias knows they are destined mates. But he cannot act on his attraction, no matter how much he feels compelled. Exposure to the human world could mean the end of their way of life, so he decides to help Pete get a room until he can reunite with the tour group he separated from.

But Tobias’s disgraced half-brother, Zev, has other ideas. He takes a liking to Pete and decides he wants what Tobias has—both his position as pack leader and his mate. Tobias can’t let that happen, but protecting Pete means keeping him close, which only increases the mounting tensions between them.

Duty, protection, desire, and secrecy clash as the darkness within Zev rises to the surface, and only Tobias can save his mate—even if he never plans to tell Pete that’s what they are.

“Everything okay?” Tobias asked the same question each morning and usually got the same answer.
This morning Greg lowered his head and woofed softly.
“Show me.” Tobias followed Greg under the trees they’d kept for shade and to the thick woods that marked the edge of their settlement. He sniffed and knew exactly what was bothering Greg. Someone had been through here. The scent wasn’t particularly fresh, and with the storm and all the rain, they were lucky to be able to pick up the smell at all. Still it was alarming that someone had gotten this close to the compound. He followed Greg through the compound and up to their storage barn, where Greg woofed again and walked away. Tobias stayed still, sniffing and wondering what was going on.
The intruder was human.
Greg returned a few minutes later in human form, dressed and on guard. He hated his human body. He was tall, gangly, and clumsy, knocking things over and bumbling wherever he went. But as a wolf, he was large and long, sleek and nimble. He stood ready as Tobias reached for the door, then placed a hand on Tobias’s arm, and Tobias turned. “We need to tell everyone.”
Shit. The last thing a human needed to see was wolves wandering the compound and shifting. They would probably faint, but then they’d know their secret.
“Go tell everyone.”
Greg hurried away, and Tobias listened, hearing nothing from inside but soft breathing. Whoever was in there was asleep, or at least seemed to be. The window next to the door was fogged over, so the human had been there a while.
When Greg returned, Tobias quietly opened the door.
A blond head was poking out from under a tarp being used as a blanket. Tobias saw and smelled wet clothes hanging over a length of wood. Over all of the smells was a woodsy scent of home that went right to his core.
“What’s wrong with you?” Greg asked. “You’re flushed and….” Greg turned to the sleeping man before once again looking at Tobias. “Don’t even think about it.” His voice was so soft, only someone with wolf hearing could pick up the words.
Whipping around to Greg, Tobias stared, his jaw set and gaze intensifying. He couldn’t use his alpha voice or he’d startle the young man, but he could damn well let Greg know he was stepping over the line. Once Greg tilted his head in submission, Tobias turned back to the sleeping man and his heavenly scent.
He wanted to step inside the storage barn, lock the door and everyone outside, strip down, slip under that tarp, and take the smaller man into his arms. Tobias wanted him, and when Greg stepped past Tobias into the barn, he tugged Greg back behind him. Never had he laid eyes on someone and seen the rest of his life spread out in front of him. He knew he was completely and totally fucked from one end to the other. He had to be as cool and calm as possible, even though he was fairly sure Greg was aware his heart was pumping a mile a minute and he was aroused as all hell.
“Go see to the others and make sure they’re okay.” Though he heard Greg step away and huff, he didn’t take eyes off the adorable man as he stepped inside and walked to where he was sleeping. Tobias wasn’t quite sure how to wake him because he didn’t want to shock the guy. He’d obviously been caught in the storm and sought shelter here.
What were the chances that Tobias would find his mate in his own storage building?


“Hello,” he said softly. “It’s time for you to wake up.”
The man jerked upright and nearly slipped as he jumped to his feet. “I wasn’t going to take anything. I was just in the storm and needed someplace dry. I’ll get my stuff and be gone in a few minutes.” He was already racing to grab his clothes and shove them in his still-wet pack.
Tobias held out his hands. “Slow down. I’m not going to hurt you or anything. I know the storm was bad last night. But how did you end up here?” It wasn’t as though they were close to anything. The only way into their community was a two-track road that required a truck to traverse, and his pack liked it that way.
“I was taking a hiking tour and stopped to look at some flowers, and they left me. I thought I went back to the path, but I got lost and night fell. And then I tried to build a fire, got attacked by a cougar, the rain doused my fire, and I was going to try to get a cell signal, and somehow I stumbled onto your shed here, and it was dry, so…. Like I said, I didn’t take anything.” He held his pack in front of him like a shield. “I can pay if I damaged anything, but I don’t think so. Just point me to a road or something, and I’ll walk until I can get a signal and call someone to rescue me.”
The guy talked so very fast. It would have been adorable if he wasn’t obviously so scared. His heart beat rapidly, and the acrid scent of abject fear permeating the air. 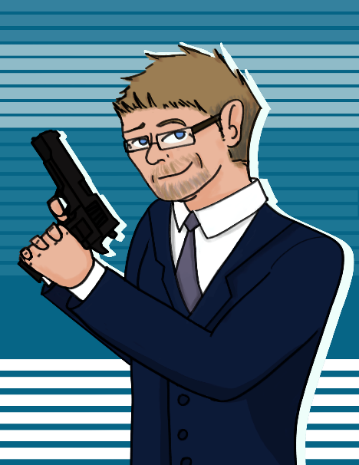 Dirk is very much an outside kind of man. He loves travel and seeing new things. Dirk worked in corporate America for way too long and now spends his days writing, gardening, and taking care of the home he shares with his partner of more than two decades. He has a Master’s Degree and all the other accessories that go with a corporate job. But he is most proud of the stories he tells and the life he's built. Dirk lives in Pennsylvania in a century old home and is blessed with an amazing circle of friends.