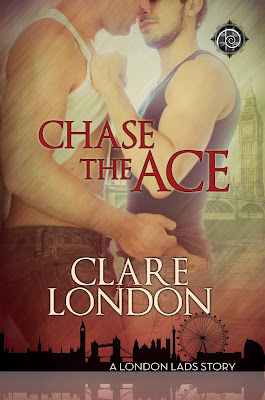 Newly single in his late twenties, and bored with his life in a London insurance company, Daniel Cross soon discovers the lure of social media. Excited at the chance of tracking down his old mates from a schooldays sports club, he launches a personal quest to find out what kind of man each boy has become.

Dan’s first mistake is chatting online to the wrong man—Nick Carson isn’t one of the boys, but his brother. Nick isn’t offended and offers to accompany Dan on the trip to find the others. It’s the first step to friendship and something more for both of them.

For Dan, the reunions with the “Gang of Four” range from startling and heartening to disturbing. Nick’s company is a constant support, though neither of them are prepared for the exposure of personal secrets they’d thought long hidden. Dan begins to suspect he’s really looking for a direction in his own life—and the excitement and purpose he craves may be closer to home than a quest with its roots in a boyhood dream. 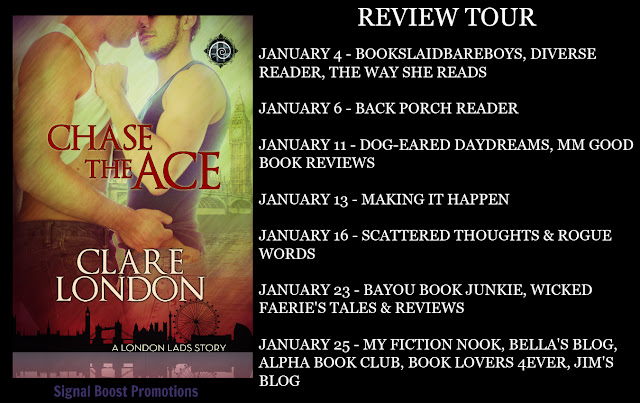 Daniel Cross, in his later 20s, is newly single after a longer-term relationship, apathetic about his job, bored with his life. I found his lack of social media experience a bit contrived, to be honest, considering his age, and the contemporary setting of this book, but as it is an important part of the plot, I went with it. He did often come across as bit younger than his years, which was perhaps due to his lack of social media experience, and it niggled for most of the book. I felt that he was somewhat emotionally stunted, for reasons found within the pages of the book that didn't completely gel with me. YMMV.

The blurb paints a good picture of what you'll find inside - a man drifting somewhat aimlessly in his personal life, trying to find some direction and possibly resolve a moment of his youth, when he spent a summer bonding with three other boys in a sports camp he attended shortly before his family derailed, all of them presumably gay, which allowed them to bond more closely than they might have otherwise.

After friending and messaging with someone on Facebook he presumes to be Nathan Carson, someone who also attended the same camp, but turns out to be Nathan's older brother Nick, the two men set off on a road trip to visit each of the boys (now men) from that summer. Their mutual attraction burns brightly from the start, and while Nick plays it cool for a bit, it seemed pretty clear that he was totally into Daniel, and vice versa.

As with many such trips into the past, secrets come out and expectations aren't met. Nick and Daniel get close, and then closer, as they travel all over England to track down Gerry, Mark, and Alec, all of whom presumably came to grips with their sexuality on their own. The three men Daniel encounters are not exactly the boys he remembers - Gerry, always the one most open about being gay, has become a rather flamboyant dancer/entertainer, Mark has found what makes him happy, even if it's a little unconventional, and Alec - well, I'll let you discover that for yourself.

While it was an enjoyable read (this is Clare London after all), I really didn't care all that much about the boys from Daniel's youth, and we certainly don't find out enough about them, other than a glimpse into their current situations, to really form an attachment. The lives they lead now are very different, not only from what Daniel expected, but also from each other. When Daniel questions what he finds against his expectations, Nick seems to be the voice of reason for a lot of it, and perhaps being a bit older helped with that. The fact that he also harbors an important secret... well, that was both interesting and slightly creepy, especially considering that he knew early on that Daniel was looking for and mistook him for his brother Nathan, something he didn't divulge until they first meet.

I intensely disliked Daniel's sister who came across as a meddling know-it-all, and basically treated him like a child. Like he was incapable of making sound decisions for himself, and like she expected him to have the same ideals and dreams she has. She didn't take the time to even listen to him. Not that Daniel did a good job of explaining himself in the first place, but sister dearest acted more like a mother than a sister, even if she sort of redeems herself at the end. I could understand her motivation to some extent, but she had me raging early on. Snooping in his laptop, seriously? No bueno. Super not cool.

What does happen along the way though is that with each long-lost friend Daniel finds and the memories he relives, he learns a bit more about himself - and despite the shortness of the trips across England making for a somewhat short book, there is character growth. One could even say that this roadtrip serves as a catalyst to Daniel finding and acknowledging his own true desires and being honest with himself, instead of living a life that he thinks is expected of him. His judgmental opinions were a bit off-putting, but I appreciated that he would talk things over with Nick and try to be open-minded; listening to and seeing a different perspective never hurt anyone. In the end, I believe Daniel learns that everyone has a right to live life on their own terms - him included.

There's steam here too, and a nice HFN that hints at a lovely future for Daniel and Nick both.

I must mention that the title Chase The Ace, while referring to the card game Daniel and his friends played at the camp, is somewhat unfortunate, especially since Ace could be construed as a reference to asexual characters, none of which are found in this book. It's misleading at best, and downright tone-deaf at worst for someone who's written in this genre for many years. Secondly, during a scene with Gerry, Daniel asks a very rude "Are you a transsexual now?", and while Nick immediately points out to Daniel that this question is (obviously) utterly obnoxious, the way Gerry reacts to it is unrealistic and, to be honest, just lazy writing. This was one misstep in the book that really angered me. There are others, but I would say those are written the way they are to establish and confirm Daniel's world view and personality. He's not the first gay man to be disdainful of other queers who don't fit his particular view of what being gay means. So while this particular scene certainly drives home the point, I didn't like the portrayal of Gerry in this instance, and would have much preferred Gerry wiping the floor with Daniel for this ridiculous faux-pas.

** I received a free copy of this book via Signal Boost Promotions. A positive review was not promised in return. **

Clare took the pen name London from the city where she lives, loves, and writes. A lone, brave female in a frenetic, testosterone-fuelled family home, she juggles her writing with the weekly wash, waiting for the far distant day when she can afford to give up her day job as an accountant. She’s written in many genres and across many settings, with novels and short stories published both online and in print. She says she likes variety in her writing while friends say she’s just fickle, but as long as both theories spawn good fiction, she’s happy. Most of her work features male/male romance and drama with a healthy serving of physical passion, as she enjoys both reading and writing about strong, sympathetic and sexy characters.

Promotional materials provided by Signal Boost Promotions.
Posted by Sandra at 12:00 AM