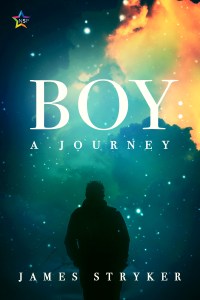 Luke may never have been close to his father, but he feels like he knew him. Jay was a frustrating parent – always urging Luke to go to mortuary school, disapproving of his Broadway aspirations, and favoring his other children. He even had the audacity to die mid-argument, forcing additional guilt on Luke for never meeting his expectations.
However, Luke’s assumptions about Jay are thrown into turmoil at the funeral when an enigmatic stranger, Tom, expresses gratitude that Jay finally shared his past with his children. When Luke can’t hide his confusion, Tom realizes his mistake and bolts. Riddled with questions, Luke confronts his family. He is shocked to discover that everyone guards the truth that Jay was a transgender man who’d been raised as a female. Practiced at keeping his father’s secrets, they’re unwilling to reveal anything further at Luke’s demand.

Devastated by Jay’s lack of trust in him, Luke feels forced to abandon the family who deceived him although leaving them behind won’t answer his questions.

To discover the reason his father hid his gender identity, Luke seeks the only other person with answers, Tom. In Luke’s eyes, he is owed an explanation, even if it’s a difficult one. However, Tom harbors a deep protective devotion to Jay, a loyalty he feels the truth would betray. Additionally, as a man suffering with terminal cancer, he has no desire to drudge up painful memories by playing Luke’s Virgil. Luke must earn his trust before the secret past of both men dies with Tom.


So why are you doing this? What is he going to be able to do for you? Jake thought I’d want to know more about Dad. Is that it? Luke stepped onto the airport curb and shut the cab door. Do I have questions?
When he’d gone through the yearbook at breakfast Tom had been enthusiastic to provide information, and especially animated in pointing out the orchestra picture. Luke knew so much about his mother and grandparents. They loved to rehash stories of their youth—lessons learned, experiences had. He was so bored with talk of gray days that had no relevance to him.
But Tom had revealed more in ten seconds than Jay had in twenty-six years regarding what were some of the most influential years in a person’s life. He knew more of Tom growing up than he did about his father. And he’d only seen the man twice.
At the ticket counter, Luke paused. If you can tell me about him, I want to know that.
The airline representative extended her hand for his driver’s license.
When did you become a man? When did you know? Why did you make the change?
“Sir, I need to see your identification.”
And what happened afterward? What did you do?
He handed his license to the woman and scrutinized her face as she checked his information. She had smooth, creamy skin, and her black hair curled around her cheeks. If she hadn’t been wearing makeup, she’d still be a woman. When he pictured Jay’s face, he saw only a man. For twenty-six years, that’d been all he’d ever seen.
How did you do it? Did you look like this before? Did you have dozens of surgeries to change your appearance?
Luke read the woman’s nametag.
You must’ve had a different name if you were born a girl. Why did you choose the name you did? Is it a masculine version of your original name? What was it? Jane? Janet?
He accepted the boarding pass with his driver’s license and inspected his own name.
I like my name. If I chose a girl’s name, I don’t know what I’d call myself. Maybe I’d use my middle name. Is that why it’s neutral? Beau’s middle name is androgynous too.
Having always been a tomboy, Beau had favored her middle name. Her roughness didn’t fit a name like “Lucy.”
But you couldn’t have predicted that. He tried to imagine his father going through school attached to a feminine name. It must’ve raked across his skin to hear it. Just in case I didn’t feel like “Luke,” as many people do, I could go by my middle name. I could be “Andrea” instead.
He’d never known where his first name came from, but guessed it derived from his sister’s. Jay adored his 1961 recording of Lucia di Lammermoor, so “Luke” was a byproduct for Lucy’s twin brother. But he’d assumed his middle name was an homage to Jay’s favorite tenor. Or was it more than that? Had the possibility of his children needing to call upon a different name been accounted for? He wasn’t sure how a person changed their name if it wasn’t as a result of marriage. How difficult was it?
And after you changed your name and had God knows how many surgeries, you met Mom. Did you tell her right away? Did she care? Did you have problems getting married?
He slung his messenger bag onto the conveyor belt to be brought through the scanner.
And how did I get here? Mom said that Tom gave me and Beau to her. Did you let your friend sleep with your wife? Even if they artificially inseminated her, how could you be okay with that? How did you convince Mom to be okay? Is that why there aren’t any pictures of her pregnant with us? She was embarrassed?

Luke checked the large blue board of departures and walked toward the terminal.
Perhaps Tom can answer why you didn’t trust me. Maybe he can say why you excluded me, and I wasn’t good enough to know your secrets.
He sunk into a plastic chair outside the departure gate. It was awful to admit, but Jake had been right. He did have questions, and that’s why he was going to Tom.
Luke removed his phone and tried to call Tom for the third time. But once again, his call met a generic voicemail.