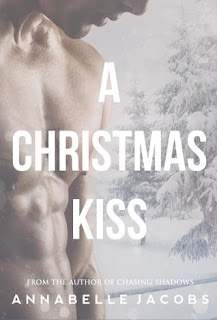 
Keeping secrets from your best friend isn’t right, but it’s easier than admitting you’ve fallen in love with him.

Sharing a late-night kiss with his best friend, Alex, is Riley’s dream come true. Waking up to discover Alex was too drunk to remember anything is more like a nightmare. Scared the truth could destroy their friendship, Riley keeps quiet and pretends nothing happened.

Alex can’t shake the feeling that he said or did something stupid on their group’s drunken weekend away—why else would Riley be avoiding him? Although the explanation he finally gets sounds plausible, Riley’s still acting strange, and trying to figure out why that is unearths emotions Alex has worked hard to bury.

Riley knows not telling Alex how he feels is probably selfish, but he wants one last normal Christmas before he has to come clean and face the potential fallout.

He should have known it wouldn’t be that easy.

If you need something light and fluffy in your life, read this best-friends-to-lovers story. It's low angst and will make you smile.

Riley and Alex have been friends since high school. Riley crushes hard on Alex, but Alex is so gorgeous, Riley doesn't think he'd fall for someone like him. Riley is insecure about his body, his teeth, his hair. Poor guy. I wanted to hug him.

But one night before Christmas, Riley screws his courage to the sticking place and gives in to his desires. Unfortunately, Alex is drunk and doesn't remember the kiss in the morning.


Riley chickens out and won't tell Alex what happened even though their friends urge him to be honest. Riley doesn't want to ruin the holidays if Alex doesn't return his feelings. And Alex is just oblivious.

I have to admit I found the friends to be a bit annoying. Abi, particularly, was pushy and meddlesome. That's not to say they weren't right, but seriously, back off and let the man breathe.

The epilogue is closer to a HFN than a HEA, but I felt pretty good about Alex and Riley's chances. They have a solid base of friendship and trust.

Reading is the sole means by which we slip, involuntarily, often helplessly, into another’s skin, another’s voice, another’s soul.