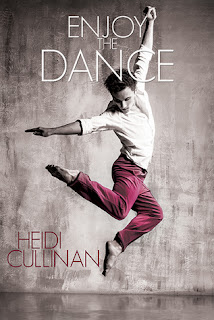 Kindergarten teacher Spenser Harris has carved a quiet, stable future out of his tumultuous past, but his world turns upside down the night a homeless teen appears on his doorstep—a boy whose story mirrors the one Spenser has worked so hard to overcome. The decision to shelter Duon is easy. What’s tricky is juggling the network of caregivers in Duon’s life, especially Tomás Jimenez.

Tomás wouldn’t have hesitated to take Duon in, but his plate is already full working three jobs to support his family. Though Spenser’s carefully constructed walls are clearly designed to keep the world at bay, Tomás pushes past Spenser’s defenses, determined to ensure the man is worthy of his charge. As the two of them grow closer, Tomás dares to dream of a life beyond his responsibilities, and Spenser begins to believe he might finally find a home of his own after all.

But Spenser and Tomás’s world is poised to crash around their ears. Duon’s grandmother isn’t sure she wants him to be raised by a gay man and challenges Spenser’s custody. Tomás’s undocumented parents could be deported at any time, and all the while the state of Minnesota votes on a constitutional amendment against marriage equality and the US Supreme Court debates whether or not Spenser and Tomás get a happily ever after. All they can do is hold tight to their love, hope for a better future…and remind each other to enjoy the dance.

As the blurb suggests, this book is political.

The bulk of the story takes place between late-2012 and mid-2013 during the fight to overturn DOMA and legalize same-sex marriage in Minnesota. Ed and Laurie (from Dance With Me) are involved in the fight against Minnesota Amendment 1, a constitutional amendment proposed to ban marriage between same-sex couples that appeared on the ballot in November 2012.

Tomás's parents are undocumented immigrants from Mexico, and the entire family lives in fear of Renata and José being deported. Tomás's sister has addiction issues and has basically abandoned her three young children with her parents, who are the kids' primary caregivers. Tomás works three jobs to support the entire family.

Spenser is a kindergarten teacher who entered the foster care system at age 8. He teaches at a private Catholic elementary school, and his principal is on him to do his part in making sure Minnesota Amendment 1 passes. Spenser isn't out at work and worried he'll lose his job if he doesn't get involved in anti-same-sex marriage zeal.

During the course of the story, Spenser also becomes a sort of ad hoc guardian for Duan, a 15-year-old Black teenager who was beaten up by his cousins for being gay and whose grandma wants nothing to do with him any longer. Duan dances with Tomás at Laurie's studio and shows up on Spenser's doorstep looking for Tomás, but it's Spenser who takes him in.

What I'm getting at is that the focus in Enjoy the Dance is on politics first and romance second. Spenser and Tomás tip-toe around each other. Because Spenser is a mandated reporter, Tomás resents Spenser initially and sees him as a clueless do-gooder. Spenser has built up all kinds of walls and has a hard time attaching himself to people. Tomás works so much, he barely has time to sleep, much less date.

There is almost no steam in this story, which is unusual for this author. The relationship develops slowly and is subdued. There are glimpses of passion when Tomás attempts to teach Spenser how to dance. Spenser has serious anxiety over putting himself out there; dancing is something he's always avoided. But as Tomás, and then Laurie, teach Spenser to move, dancing becomes symbolic of loving yourself enough to let go and be free.

For all the political angst, there is a sense of family and community. Because of Laurie's godfather Oliver, Tomás and his family have more help and support than most undocumented immigrants.

The epilogue is set in 2015 and is truly sweet and feel-good. I was rooting for Spenser and Tomás. They are both good men who deserved to be happy. I adored Tomás's parents, and I liked seeing Ed and Laurie again. (Marcus from the Minnesota Christmas series also makes an appearance.)

Tomás's young nieces and nephew are strangely absent. They're mentioned, but they're not ever on-page interacting with anyone. Not that I'm one for stories where kids take over the plot, but I found that odd.

Bottom line: I'm a big fan of Heidi Cullinan's writing style, and I liked, but didn't love, this book. I'm going with 4 stars as my rating because I think this is an important story about real issues. I'm hoping there is a third book in this series and that Duon (Spenser and Tomás's adopted son) is the MC. Duon is 18 when this book ends, so he's definitely a candidate.