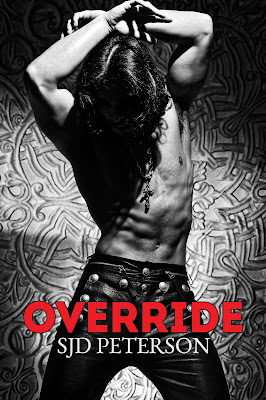 Don’t judge a book by its cover….

At over six feet, with a body honed in the gym, auto worker Donavan Gregory is used to people assuming he’s a dominant top. Unfortunately, they’re wrong, and Donavan’s desire to explore his submissive side goes unfulfilled.

The Calm Before The Storm
Override is the first book in the Underground Club series. In this novel, I decided to focus on Donavan and Seth, who originally were minor players. They kept screaming at me and caved. I wasn’t sure whether to publish it first or after Back from the Edge. In the end, I went with Fluff first. I’m not sure if this was the correct choice as it may lead some to think this series is tame. It’s far from it. The next two books focus around Joshua ad Nash and is the polar opposite of Override. While Donavan and Seth’s story is mild, even tame, Nash and Donavan’s story is not. Limitless and Back from the Edge, both deal with some extreme issues and borders on the hardcore.
So whether you like Fluff, Hardcore or somewhere in between, this series has it all. Limitless and Back from the Edge need to be read together, but other than that, the rest are stand-alone books. Much like the Guards of Folsom series, you can pick your kink and the level you’re comfortable with.


Here is an exclusive cover reveal and sneak peek at Limitless! 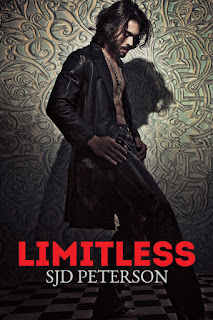 
For Nash, acquiring Joshua from another Dom at the club is only the first step in what will be a long and arduous road to lure the young man back from the brink of self-destruction. He must do the impossible and win Joshua’s trust, and he must be the one to set limits in their exploration—something he’s unaccustomed to as a Dom. But Nash knows dominance doesn’t always mean pushing a submissive’s boundaries. It’s about establishing a bond and fulfilling another man’s needs. In Joshua’s case, he’ll have to strike a balance between meeting the young man’s expectations and drawing firm lines that will save Joshua from himself.

SJD Peterson, better known as Jo, hails from Michigan. Not the best place to live for someone who hates the cold and snow. When not reading or writing, Jo can be found close to the heater checking out NHL stats and watching the Red Wings kick a little butt. Can't cook, misses the clothes hamper nine out of ten tries, but is handy with power tools.