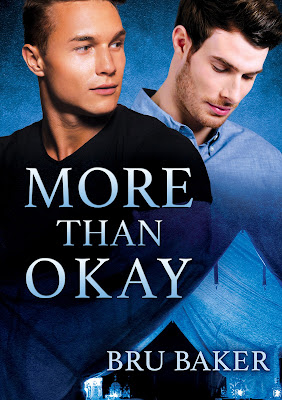 Something in Jake’s relationship with Connor is changing, and not for the better. The only thing that’s been growing between them recently is silence, and when Connor starts lying about where he’s been and slipping out of bed at night, Jake fears the worst. Jake gets the surprise of his life when he finds out what Connor has really been doing. It couldn’t be further from what he’d expected. Instead of ending the relationship, Connor has been building up to taking the next step together with a huge romantic surprise for Jake. The scare shows Jake what’s really important, and the ordeal might make them stronger and bring them closer together than ever before.


Hi, everyone! I'm here today to share an exclusive excerpt of my new release, More Than Okay. Jake and Connor have been together since college, and they've stayed together through cross-country moves and job changes. But now that Connor's job is becoming more demanding, Jake finds that he's spending more and more time alone. In the scene I'm about to share, they've just had a rare night out with their friends at a karaoke bar—something they used to do all the time before Connor started coming home from work late all the time.

Blaire’s boyfriend, Cody, was waiting at the curb, and he gave Connor and Jake a wry smile as he stepped out and opened the back door. Tim and Grace piled inside as he helped a very drunk Blaire into the front.
“We could squeeze,” Grace offered, patting the seat next to her.
“I think it would be a tight fit,” Cody said, his tone apologetic. Blaire had obviously called and roused him from bed to come get her; he had a light jacket on over his pajamas.
“It’s okay. We’ll get a cab,” Jake said, shaking Cody’s hand when he came back around to close Grace’s door. He was a good guy, and Blaire was lucky to have him, Jake thought, watching the Honda’s taillights as the car drove off down the street. Even if she was an abominable shrew.
“Didn’t you bring the truck?”
Jake threw an arm around Connor’s shoulders, steering him toward the corner near the bus stop.
“I did, but I’m not in any shape to drive,” he said, releasing Connor when he squirmed uncomfortably. He could tell Connor wasn’t thrilled about the prospect of the bus, and Jake didn’t blame him. Connor had to ride it to and from work since Jake needed the truck to drive to jobsites, something Jake always felt guilty about. He sighed.
“It won’t break the bank too much to splurge on a cab just this once,” he said, smiling when Connor gave a victorious fist pump. “We have brunch with your parents tomorrow anyway. We can get your brother to drive us over to get it after. He’s picking us up, so it won’t be too much of a hassle.”
“And what if Chris refuses to do your bidding?”
Jake grinned as a cab pulled up. They both knew that wasn’t likely; Chris loved any excuse to drive—it was why he always volunteered to be the one to chauffeur them out for the weekly brunches. Connor glared at him for a moment before opening the door and scooting across the seat, giving the driver his address before laying his head back against the leather seat and closing his eyes.
Jake spent the short cab ride wondering what he should say to Connor once they were alone. Had he read too much into the way Connor had swayed into him during the chorus of the song they’d sung, or the way his own voice had hitched as he’d sung the last verse? They were both still a little drunk; maybe Jake should let it go until he was more levelheaded.
Connor was unnaturally quiet as they made their way up two flights of stairs to the apartment they shared with Gavin. Instead of slipping down the hall that lead to their bedroom as Jake had expected him to, though, Connor detoured into the kitchen.
“I have a little bit of work to get through before I can call it a night,” Connor said quietly, out of deference to Gavin, who was sacked out on the couch instead of his room, which wasn't all that uncommon on the weekend. He didn't have a TV in his room, so he often fell asleep in front of the communal one in the living room.
“It’s Friday night, Con. Come on.” Jake knew he was perilously close to sounding whiny, but he didn’t care. He just wanted Connor in bed with him, even if it was just to sleep.
“Just a few e-mails. I promise.” Connor was already immersed in something on his laptop, not even looking up when Jake sighed and gave up, retreating down the hallway.


It seemed like a shame to climb into the freshly made bed stinking of smoke from the club, so Jake shut the bedroom door so the sound wouldn’t wake Gavin and walked through to the bathroom, turned the shower taps on, and shirked out of his clothes. Leaving them in a pile on the floor never failed to get a rise out of Connor, and Jake felt a small zing of satisfaction at knowing the clothes would drive Connor crazy when he saw them. His contentedness from the club had definitely waned, and Jake felt himself falling straight back into the pit of low-level resentfulness and irritation he’d been wallowing in lately. 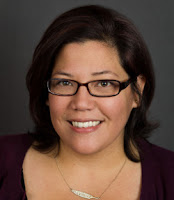 Promotional post. Materials provided by the author.
Posted by Sandra at 6:00 AM