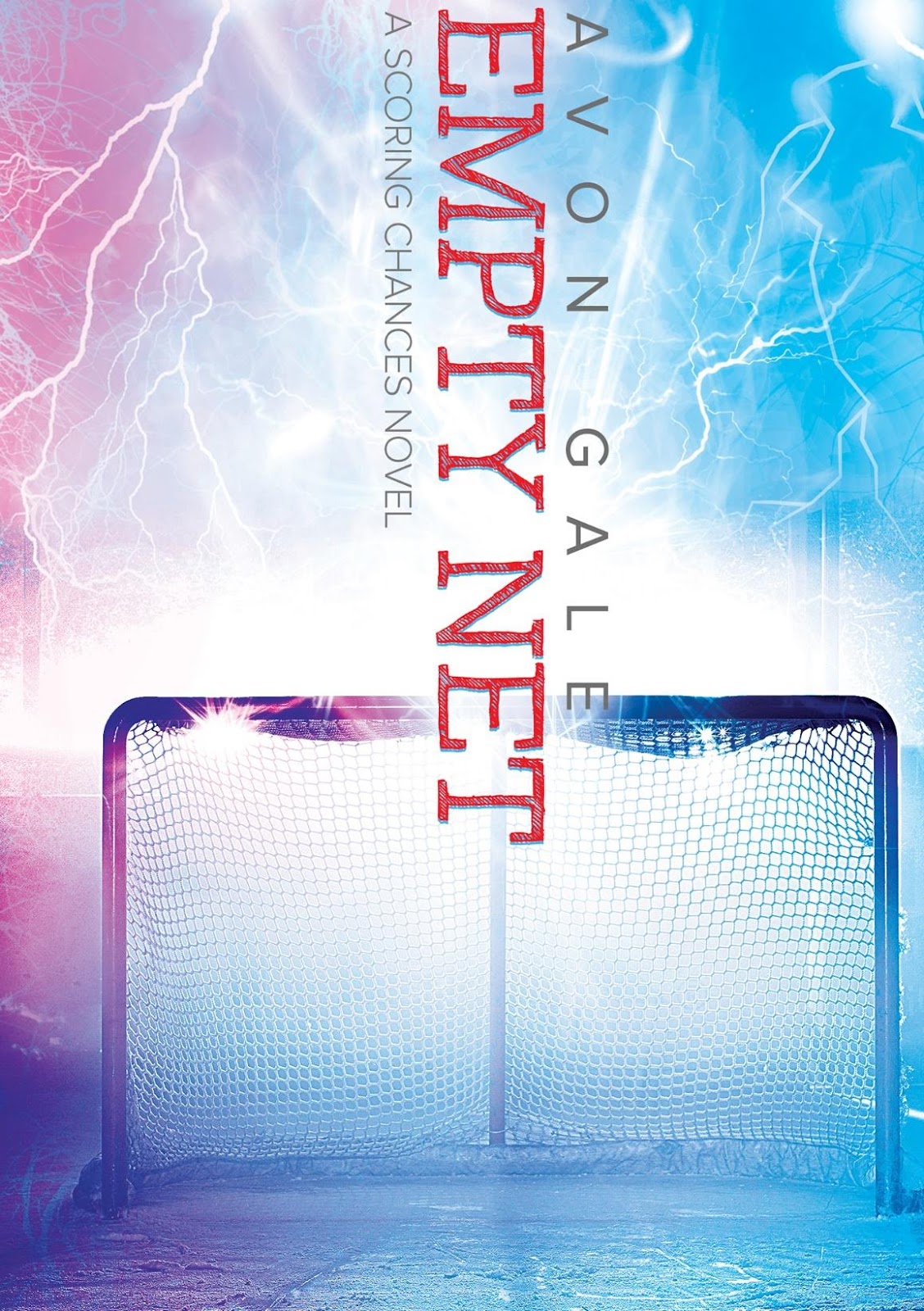 Spartanburg Spitfires’ goalie and captain Isaac Drake ended last season with an unexpected trip to the playoffs. He’s found a home and family with his coach and mentor, Misha Samarin, and he’s looking forward to making a serious run for the Kelly Cup. But things take an interesting turn when Isaac’s archnemesis, Laurent St. Savoy, is traded to the Spitfires. After Laurent’s despicable behavior in the playoffs last year, Isaac wants nothing to do with him – no matter how gorgeous he is. But that changes when Isaac discovers the reason for Laurent’s attitude.

Laurent St. Savoy grew up the only son of a legendary NHL goalie in a household rife with abuse, constantly treated like a disappointment on and off the ice. When a desperate attempt to escape his father’s tyranny sends him to the Spitfires, the last thing Laurent wants is to make friends. But there’s something about Isaac Drake that he can’t resist, and Laurent has an opportunity to explore his sexuality for the first time, but he’s cracking under end-of-the season pressures. When facing the playoffs and a rivalry turned personal vendetta, Isaac’s not sure he’s enough to hold Laurent—or their relationship—together.


After practice, though, Coach Samarin called him into his office. If that happened a few days earlier, he might have been hoping to be traded or kicked off the team. But he realized he didn’t necessarily want that any more. And that wasn’t a good feeling. When Laurent wanted something, it was usually taken away to teach him a lesson—like the puppy he had as a child.
Coach Samarin was as formidable as ever, but Laurent thought there was a hint of warmth in his dark eyes as he indicated Laurent should take a seat in front of his desk.
He didn’t mince his words and got right to the point. No chit-chat with Coach Samarin, not like Coach Ashford. “We play the Ravens on Saturday in Asheville,” Coach Samarin said, and even though he knew that, Laurent wished he could forget.
“Yes sir,” Laurent said, and there was a flash of surprise on Coach Samarin’s face. Laurent flushed as he realized he’d called him sir.
“You need to start a few more games,” Coach said, but he gave no hint of what he thought about that or if he thought it should happen in front of Laurent’s old team. “Is it going to be a problem if I start you in goal on Saturday?”
“Does it matter?” Laurent closed his eyes. He couldn’t help it. He didn’t mean to have an attitude problem with Samarin, but his default reaction to male authority figures was jackass. He slowly breathed out and rubbed his palms down his thighs. “I’ll play if you want me to, Coach.”
“Yes,” Coach Samarin said. “You will. But that is not what I’m asking you.”
Laurent felt like he had earlier when he gave those comics to Huxley—like he was a glass figurine trapped beneath a shower of stones. “Do you care?”
Coach Samarin had a remarkable ability to not blink when he stared at you. “That’s why I’m asking you.”
Laurent finally lowered his gaze. “I don’t know what you want me to say, Coach. I’m a problem. So it will be, probably. Yeah.”
Laurent heard a soft noise that might have been a laugh, and he scowled at the idea of Coach laughing at him. “You don’t have—”
“St. Savoy, whatever it is you’re going to say, don’t,” Coach Samarin interrupted. “Do you want to be in goal for this game or not?”
It took Laurent a moment to realize he was being asked, not told. He was utterly thrown by the question. “What?”
“The game against the Ravens,” Samarin said, his voice perfectly even. “I am asking you if you want to start in goal.”
“Why?” Laurent knew how that sounded, like a challenge he didn’t necessarily mean, but he couldn’t help it.
It seemed as if Coach Samarin understood Laurent’s instinctive reaction, because some of his cold formality seemed to melt a little. “You are making an effort. I am doing the same. All right?”
Laurent stared warily at him. He hated everything about being subjected to Coach Samarin’s unexpected kindness.
“If you don’t want to play, you’ll start the next game in Orlando,” Coach Samarin continued. “Whether or not you are in Asheville, this is your choice. So make it. Now.” Despite the harshness of that, Coach Samarin didn’t sound mean. Only resolute.
It made Laurent relax in much the same way Isaac’s calling him Saint and telling him not to talk did. “I don’t—I don’t know,” he said, hating that he was showing any vulnerability at all. He looked at Samarin and breathed a little faster. “I don’t know.” Laurent’s shoulders slumped, and he looked down at his hands. They were clenched into fists.
“Would you like my advice?”

The urge to tell the coach to fuck himself was overwhelming. But Laurent thought about Isaac, waiting for him outside the office, and the promise he made. He pulled his fingers apart and smoothed them over his thighs again. “Yes.”
“I think you should play,” Samarin said. “I think you should do your best in front of your net—our net—and treat it like any other game.” He paused. “He’s not your coach anymore. I am.”
Laurent’s head snapped up, and he couldn’t breathe. Had Isaac told him anything? Laurent knew he shouldn’t have trusted him. He knew it. “Whatever Isaac told you—”
“He didn’t tell me anything,” Samarin interrupted. “He doesn’t need to. I hated my father too.”
Shame made Laurent’s eyes fill up with hot, angry tears. He couldn’t do that. He was going to lose it right there in the coach’s office, and the only thing he could think to do was say something awful enough for Samarin to kick him out. Or off the team. Or beat him up until Laurent didn’t feel anything at all.
Be quiet, Saint. He heard Isaac’s voice and his words, even though Isaac wasn’t there. And it helped him to breathe.
“So it’s up to you,” Samarin continued. “This time, and only this time. So. What is your decision?”
Laurent raised his head and thought about it. He wanted to be worth whatever was making Coach Samarin give him a concession—or whatever made Isaac Drake turn around and come back when he heard Laurent sobbing in the showers. He hated playing hockey, but he didn’t hate Isaac.
He raised his head and met Samarin’s dark stare with his own. “I’ll play,” he said, his voice as even as he could make it. “And I’ll get a shutout.”
Coach Samarin’s mouth quirked into the smallest of smiles. “I’ll hold you to that.” Laurent thought he looked pleased. Then his expression smoothed, and he waved Laurent out of his office.

Avon Gale was once the mayor on Foursquare of Jazzercise and Lollicup, which should tell you all you need to know about her as a person. She likes road trips, rock concerts, drinking Kentucky bourbon and yelling at hockey. She’s a displaced southerner living in a liberal midwestern college town, and she never gets tired of people and their stories -- either real or the ones she makes up in her head.