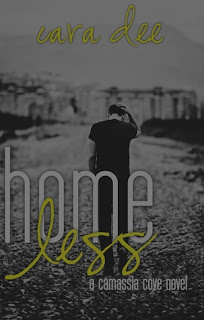 For as long as I can remember, I've only had one goal: survival. It's what I know. There is no future beyond making it through another night and getting my hands on as much money as possible, by any means necessary. Pride and dignity are things I can't afford.

It's been the worst year yet—and not because I live on the streets. That's nothing compared to being separated from my little girl. But I do what I can, and I send any money I make for her care. I can only hope she remembers me. I'm past desperate, needing her to know how much I love her and that I've done everything in my power to make it back to her.

The day I stepped off the bus in Seattle, I saw him. Adrian appeared at a time I most needed a helping hand, and his habit of rescuing strays became my salvation. He gave me hope. He taught me to dream about something I'd never dared to wish for.

I waited so long to read this book, and I shouldn't have! This book is something special.

The beginning brought me to tears. Watching Dominic get down on his knees time and again to provide for his daughter about broke me. Dominic doesn't trust; he's defensive and street savvy, and thinks any kindness comes with a price tag.

When Dominic finally scrapes together enough money to get from Philly to Camassia Cove in Washington State, Adrian blindsides him. Dominic calls Adrian "Teach," because Adrian is all suits and glasses and THAT tone of voice ... until he strips and all his tats are on display. Then he's all sexy man.

Dominic just wants to lick Adrian all over. He wants to kiss him until they're both breathless and make out for hours. I mean, who wouldn't?

Dominic would rather stare at Adrian than do anything else. Until Adrian, sex was about enduring; it was about money, a tradeoff, something to suffer through. With Adrian, it's about pleasure and tenderness and all those messy but awesome emotions.

Adrian is amazing. He cares for others and wants to make a difference. He cooks! And he opens up his home to Dominic and his little girl Thea.

I loved this story so much, partly because Dominic and Adrian felt so right, so real. Adrian is all book smart, but Dominic fits him like a puzzle piece. He's been on the streets. He knows what it's like to survive.

Once the guys come together, there is little relationship angst but plenty of SIZZLE. Dominic learns to let Adrian in, to trust him. He realizes that he's not a burden to Adrian, that he's a GIFT. Their affection for each is endearing and so damn hopeful.

And Thea is a gem. She doesn't need to be "fixed" to be perfect. I generally don't fancy kids in stories, but Thea didn't annoy me for even a second.

This book ends with a true HEA. Dominic finds a family, a home to call his own. He realizes he had a father all along, and he knows he can lean on someone and still be strong.

For giving me more than I could ever dream of.

For turning a homeless guy into someone who looked forward to waking up in the morning.

For becoming my home ...


The epilogue threw me for a loop because it's not from Dominic or Adrian's perspective. But, hell, it was glorious to see them still a family, going strong, years later. What a perfect beginning to what's sure to be an incredible series by one of my favorite authors in the genre!