Welcome to our first week of celebrating the super talented

In our first post, we're gonna talk about Personal, the series, plus take a look at K.C.'s favorite things. All the way at the bottom will be a chance to win one of her books!


First up, Making It Personal: 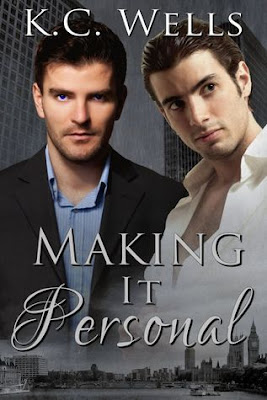 Blake Davis is in the closet. And he’s going to stay that way. Because if his father finds out he’s gay, Blake could lose everything he’s worked so hard to achieve during the last six years as CEO of Trinity Publishing, the fastest rising star in the publishing firmament. Not that coming out wouldn’t solve a couple of problems. Maybe then his father would stop trying to set him up with yet another empty-headed, social-climbing girlfriend. And better still, Blake could stop using that escort agency when he wants a night of hot sex with a cute guy…

Will Parkinson has had a tough life so far, but he’s back on his feet. Okay, so he’s working as an escort – with ‘benefits’– to pay off his student loans, but that does have its advantages, such as the really hot guy who hired him. Yeah, Blake rocked his world last night – several times. So imagine how Will feels when he arrives to be interviewed for his dream job as PA in a publishing company, and the guy who’s hiring is….. Blake.

And then things get really complicated….


“Okay, guys, that’s it.”
Blake stared in surprise. “Already?” He didn’t want to move. And then Will looked at him with an expression which told Blake in no uncertain terms that this wasn’t over, merely postponed until he got Blake into bed. Will smiled. Yeah, he could tell Blake had gotten the message. Blake’s cock certainly had. He was so hard, he ached.
“Already?” Dave echoed. “I’ve been taking shots for the last hour.” He chuckled. “You were obviously enjoying yourselves too much.” He grabbed his camera and memory cards. “You two get dressed and I’ll meet you upstairs. I want to load these onto my laptop right away.” He left them to it and headed for the stairs.
Will kissed Blake, running his hands down Blake’s spine to cup his arse, pulling Blake against him so that he could feel Will’s prominent erection against his own. “You and me. Tonight. Making love. For hours.” His voice was husky.
Blake caught his breath. It was the first time Will had used those words to describe their coupling. “I like the sound of that.” He pushed at Will’s lips with his tongue, and Will responded eagerly, giving him entrance. They kissed passionately for several minutes, until Will pushed him away with a loud groan.
“This isn’t good. We’re never gonna get dressed at this rate.”
Blake chortled. “You take your time. I’ll get dressed and go on up there so he doesn’t think we’re up to something.” He arched his eyebrows. “Tempting though that thought is, right now.”
Will laughed. “Later. Promise.”
Blake’s laugh echoed his. He pulled on his clothes, and carrying his trainers and socks, headed up the stairs to Dave’s apartment. He found Dave sitting at his dining table, staring intently at his laptop screen. Dave looked deep in thought. As Blake approached him, he looked up, startled.
“Sorry, I was miles away. I was just checking out some photos I took of this couple.”
“What was so engrossing?” Something in Dave’s expression piqued Blake’s interest.
Dave let out a sigh. “Sometimes—not often, I’ll admit, but once in a while—I take a photo that blows me away by how much it reveals. The camera captures more than I’d intended.” He glanced down at the screen. “This is such a photo. I look at these two people and when I see the emotion I’ve caught in one brief click… Wow.”
“Can I see it?” Blake couldn’t contain his curiosity.
Dave smiled. “Sure.” He turned the laptop to face Blake—and waited.
Blake was shocked into stillness. It was him and Will, both lying on their backs, Will’s head resting on Blake’s shoulder. Will was craning his neck to stare up at Blake. What made the breath catch in his throat was the expression in Will’s eyes. Love shone out of them. It was unmistakable.
“You see it, don’t you.” Dave’s quiet statement crept out into the silence which had ensued.
Blake nodded, unable to tear his eyes away from the screen. Then he studied his own image and his throat tightened. The expression in his eyes could have been the mirror image of Will’s.


“I want this photo,” Blake whispered. 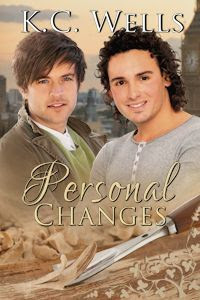 Rick Wentworth has had enough of one night stands and quickies in clubs. It takes a night of uncharacteristic hedonism to make Rick admit what he really wants - someone to love him. But for that to happen, he needs to make some changes. Rick can do that. After all, what’s the alternative? And when he meets a guy who ticks all his boxes, he can’t believe his luck. His boss Blake Davis, and Blake’s fiancé Will Parkinson, however, aren’t convinced. They want to know more about Mr. Perfect, and their instincts are keener than Rick’s. Both men want to protect him. As it turns out, they needn’t have worried. Rick has a guardian angel…
When Angelo Tarallo sees Rick for the first time, it’s a match made in Heaven, as far as he’s concerned. And when he rescues Rick from danger, it gives him the opportunity to get to know the man who has captivated him. Before long, it’s plain to both men that this could lead somewhere. But when Angelo’s traditional Sicilian family finally discover what he’s been hiding from them for so long, an ultimatum spells heartache for the lovers – and worse.

Third in the series, Personal Secrets: 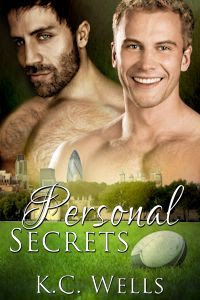 Blake Davis and husband Will are delighted when Ed Fellows turns up at the hospital the night their daughter is born—even if he is covered in mud from playing rugby and drunk out of his skull. Team-mate Colin is the Good Samaritan who drives him there, and when Colin takes Ed home, Colin finds himself on the receiving end of a blow-job. He has no problem with that whatsoever. He’s been in lust with Ed since Ed joined the rugby team some fourteen months ago. Only thing is, Colin’s assumed up ’til now that Ed is straight. Except the man sucking him off certainly didn’t seem straight….

Talk about the morning after the night before…. Ed awakens to find a nearly-naked Colin asleep on his sofa. The problem is that for some reason, he can’t get Colin out of his mind. Okay, so it wasn’t the first blow-job Ed’s ever gotten from a guy—or given, for that matter—but that was a long time ago, right? And why does Ed now want more?

With friends Rick, Angelo, Blake and Will to advise him, Ed finds himself on a completely unfamiliar road, as he struggles to accept that maybe the line he is walking isn’t as straight as he’d first imagined….

Also available in this series are two novellas 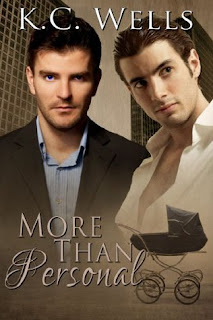 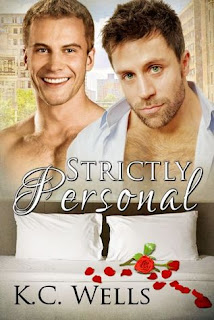 
Food: Chocolate. Then, chocolate. Oh, and did I mention chocolate?

Movie: Oops. Sorry, but WAYYYYYY too many to mention.

Place to Go: Hmmm, that depends. For writing? Steephill Cove. Because I love
being there? Maine.

Place to vacation: Anywhere I don’t have to wear clothes (You *did* know I’m
a naturist, right?)


Restaurant: One I visited in Malibu with Patricia Logan, right on the beach. Heaven.

An even bigger discovery waited in the wings—writing about men in love was even hotter….


Thanks for celebrating with us today. Join us again next week for all the info about the Collars & Cuffs series, including a look at Endings and Beginnings, Book #8 in the series, coming to you July 18th.

Until then, happy reading!!!