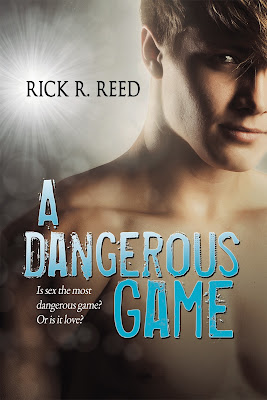 Sex can be a dangerous business. So can love.
On the worst day of his life, Wren Gallagher wants oblivion when he steps into Tricks for a drink. When a mysterious stranger steps up to pay his tab, he offers Wren the key to fulfilling his dreams of prosperity and true love.

But appearances are not always what they seem.

His savior owns the escort agency À Louer, and he wants the young and handsome Wren as part of his stable of men-for-hire. Down on his luck, Wren figures, why not? He needs the money. When he joins, though, he doesn’t count on meeting Rufus, another escort with whom he falls hopelessly in love.

But their love story will have to overcome the obstacles of not only trading love for money, but À Louer’s dark—and deadly—secrets.

EXCLUSIVE EXCERPT
It’s all fun and games in the escort business until someone gets hurt, or falls in love.
Here’s what happened to one of the escorts in  A Dangerous Game.

During this time together Evan realized he had done the unthinkable and crossed the line he had been told, not only by Dave but by other escorts, that he should never cross—he had fallen in love.
The words, as they lay side by side in Dan’s king-size bed, slipped out of him just before they drifted off into slumber. “I love you,” Evan whispered huskily into the darkness, wishing, as soon as the words had escaped his mouth, that he could take them back. In what world, Evan had wondered, was it appropriate for a prostitute to say such a thing to a client? He lay still, feeling heat rise to his face, waiting for Dan to tell him he’d better go, that he would call him a cab.
But that wasn’t what had happened. Dan had risen up on one arm to gaze down upon him in the wan light afforded by a crescent moon shining in through the window. Evan couldn’t bear to look at him, certain Dan’s face would reveal disappointment, ridicule, anger, disbelief.
He never imagined that Dan would be smiling—and not in a mocking way. When he allowed himself to look, Evan could have sworn his heart leaped into his throat, because even in the darkness he could see Dan was happy, yes, maybe even a little thrilled, with his admission.
Dan reached out to run a hand across the smooth expanse of Evan’s chest, then leaned down and kissed him, his lips a soft counterpoint to the rough stubble scratching against Evan’s smooth face.

Dan pulled away and, gently stroking Evan’s cheek, said, “I love you too. I didn’t mean for it to happen, but there it is. I wouldn’t have said anything if you hadn’t spoken first, but I do believe, Mr. Maple, I have felt this way from the very first moment I laid eyes on you.”
“Me too,” Evan whispered, hot tears of joy gathering at the corners of his eyes.
“You were not the first escort I hired, but I do believe you’ll be the last.”
Evan could see in his mind’s eye the enraged and disapproving glance of Davidson Chillingsworth as he let even more unwise words slip from his lips. “Oh, Dan, I could never charge you. Not again. Not with what we know.”
Evan, who was all of twenty-four, had yet to experience real love in his young life, and his mind flooded with fantasies about a future with Dan, leaving his escort days behind him, becoming a couple.
Now Evan took a sip from the latest drink the bartender set before him and shook his head, remembering how quickly Dan dashed those fantasies.
Dan had slowly made circles around each of Evan’s nipples with his forefinger, at last letting out a long sigh. He spoke. “Yes, you will charge me. Because what we have here is what fits.” 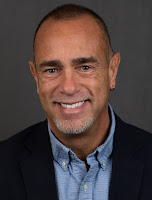 realistic settings. While his stories often contain elements of suspense, mystery and the paranormal, his focus ultimately returns to the power of love.