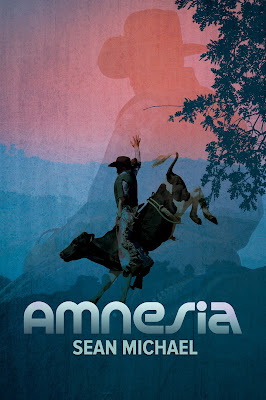 When Thaine wakes up in the hospital after a bull-riding injury, he immediately asks for his lover, Jerry. He has no idea who this man next to his bed is, despite the fact Drew insists they have been an item for the last five years.

Thaine’s best friend, Jesse, calls Jerry. He thinks it’s a pretty crappy thing to do to the new boyfriend, but tells himself it’s unlikely Jerry will come after so many years. He also doesn’t get why Thaine would pass up the opportunity to be with Drew since he’s young, optimistic, and hardworking. In short, everything Jesse ever wanted in a man.

Jerry still carries a torch for his cowboy, so when Thaine asks to go home with him to recover, Jerry agrees. At first they pick up their intense physical relationship right where they left it before the breakup. Jesse, in turn, consoles the now homeless Drew and offers him quite a bit more than a shoulder to cry on. But in the back of all the men’s minds loom Thaine’s lost five years.

What a Difference a Decade Makes
By Sean Michael

So, Amnesia was originally written ten years ago. Which means it more or less still fits into the category of contemporary. It’s not really long enough ago to be a historical. And it was certainly a contemporary when written. There are some delightful oddities, though, that place it in a time that isn’t really 2016.

The biggest one would likely be phone technology. If Thaine had had a smartphone, there would have been texts between him and Drew, likely a bunch of photographs as well. It might have been a lot harder to turn his back on Drew and focus on Jerry. Or would it have?

Despite any other evidence, Thaine’s mind has no memory at all of Drew, while Jerry was very much still his lover, as far as he was concerned. What weight would some texts and photographs carry when compared to what his own mind was telling him? Probably very little and I think, in the end, the story would have unfolded the same way except for some of the details.

Technology has moved so quickly, though, that the ten years that have passed since this book was initially written have seen significant changes in how we use computers, our phones, the internet and social media, and I find it fascinating how that comes up in older ‘comtemporary’ books.