Thanks for hosting me today.

Shadowboxing, the first book in my WWII series Echoes Rising, is set in Berlin, Germany, in 1943.  That meant that I not only had to research what was happening at the time, but also be as accurate as I could in portraying the setting.

Unfortunately, I wasn’t in a position to travel to Berlin and explore it that way, although it would have been lovely if I could have! So, I did the next best thing and researched the area using the resources available to me. However, that did come with another complication as the story is not set in present day but in 1943.  For example one part of the story is set in a park, so I had to find one in the area where the characters are. Voila, a Google search supplied the perfect place. But further reading revealed that it wasn’t there in 1943 and in fact there had been a railway station on the site then. So it was back to the drawing board to find somewhere suitable...

Many of the other locations used in the story are also real places, and I used them to anchor the setting. The Michaelskirche—St Michael’s Church—in Berlin where Michel meets the Allied team was still intact in 1943, although it was damaged later in the war.  The Klosterkirche, a nunnery on the site of another church, where Michel and Kristopher take refuge, is also a real place, as is St Gertrud’s convent in Alexanderdorf.  I was able to draw on photos for those places to describe them as well, which was very helpful.  Other landmarks included the Brandenburg Tor and the Spree River.

Some of the other settings were not real but I studied maps in order to place them in actual locations, so I could work out what route the characters had to take to reach them. I also used Google map directions to figure out long it would take to get between two locations, although I had to make some adjustments, given the time period. Cars didn’t travel as fast seventy years ago and this story is set during a war. Google street view was also useful too although I had to again keep in mind the time difference.

I also based my fictional locations on real places so they would sound authentic. It’s the details that throw a reader out of a story, although it’s impossible to get everything right, and sometimes a writer has to take some liberties for the sake of a good story.

Working in a library is great when doing research. I found books of street maps of the area—because sometimes you want something in hardcopy and not flipping back and forth on browser tabs—and firsthand accounts of people who had been in Berlin at that time. Data bases were very helpful, especially the Times Digital Archive, as they gave more of an insight into what it was like living there at the time. Travel books like The Lonely Planet Guides were useful too, but again had to be adjusted because they focused on what Berlin is like now, rather than describing the city in 1943.

I’d especially like to thank one of my beta readers, and her husband, for all their help. Being from Germany they had insights that I didn’t as someone who had never been there.  It was the simple things that were difficult to find the details about. For example I needed to know about telephone jacks in Germany at the time. How exactly were they attached to the wall etc? There is a lot of information about the US online and in books, but trying to find something about Germany? Frustrating. Luckily they were able to ask family and we found the answers we were looking for. The devil is in the details, as the saying goes. 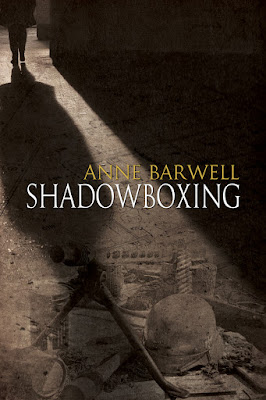 Berlin, 1943. An encounter with an old friend leaves German physicist Dr. Kristopher Lehrer with doubts about his work. But when he confronts his superior, everything goes horribly wrong. Suddenly Kristopher and Michel, a member of the Resistance, are on the run, hunted for treason and a murder they did not commit. If they’re caught, Kristopher’s knowledge could be used to build a terrible weapon that could win the war.

For the team sent by the Allies—led by Captain Bryant, Sergeant Lowe, and Dr. Zhou—a simple mission escalates into a deadly game against the Gestapo, with Dr. Lehrer as the ultimate prize. But in enemy territory, surviving and completing their mission will test their strengths and loyalties and prove more complex than they ever imagined.

“I’m just not used to all this exercise.” Kristopher smiled sheepishly. “I’ve spent the last few years sitting behind a desk. I’ll be all right in a moment once I’ve caught my breath.” He rubbed absently at his left shoulder, not quite hiding the sharp intake of breath, and bit his upper lip. “The ground is harder than it looks.”

“Do you want me to look at that shoulder for you?”

Once they found somewhere safe to hide for what was left of the night, Michel would insist on examining it. He and Kristopher needed to get out of the park as quickly as possible before the Gestapo arrived. The Michaelskirche was probably the wisest choice for shelter under the circumstances. Hopefully the two Allied soldiers had already reached Matt, and the mission could proceed even though the plans their superiors were expecting were now carried in the mind of a man who could reproduce them.

If not…. Michel mentally shook his head, his mind working through possible options. Apart from Father Johannes, Elise and Clara were his only contacts in Berlin.

“If you change your mind, let me know.” Michel wasn’t going to push the issue just yet, but he kept an eye on Kristopher all the same. They began walking briskly, each with one hand resting on a hidden firearm that hopefully wouldn’t be needed. It was after curfew, and anyone caught breaking it would be automatically arrested.

It was only a few moments later that Kristopher began to slow his pace. Something was definitely wrong. His hand dropped to his side; he seemed to be favoring his shoulder.

“I haven’t changed my mind. We need to get out of the park.” Kristopher was certainly stubborn. He winced again, his steps becoming more deliberate.

“Are you sure you’re all right?”

“I’m. Fine.” Kristopher’s answer was through gritted teeth. Michel placed a gentle hand on his arm, making him stop under a nearby light. Kristopher let out a small moan of pain and swayed. Michel hooked his arms around Kristopher’s waist, pulling him close. Resting his head on Michel’s shoulder, Kristopher leaned in, allowing himself to be held.

“I’ve got you,” Michel whispered soothingly. Kristopher’s breathing was ragged, his face covered in beads of perspiration. Now that his attention wasn’t totally focused on putting one foot in front of the other, it was more difficult to hide whatever was wrong.

His eyes glazed over; he was fighting to stay conscious.

Jerking free from Michel’s embrace, Kristopher reached inside his shirt, his hand brushing gingerly against his shoulder. He bit down on his lip but didn’t manage to hide a murmur of pain. A frown creased his forehead when he removed his hand and held it up to the light, staring at it. “Michel,” he said slowly, “is that blood?”

She is an avid reader across a wide range of genres and a watcher of far too many TV series and movies, although it can be argued that there is no such thing as "too many." These, of course, are best enjoyed with a decent cup of tea and further the continuing argument that the concept of "spare time" is really just a myth.