Welcome to our second week of celebrations for the exceptionally talented

aka Lori A. Witt
aka Lauren Gallagher
aka Ann Gallagher

In today's post, we'll talk about the titles Lori has written, under her various pseudonyms, for the Bluewater Bay series, available from Riptide Publishing. We also have five little-known facts about Lori, plus another chance to win one of her books. 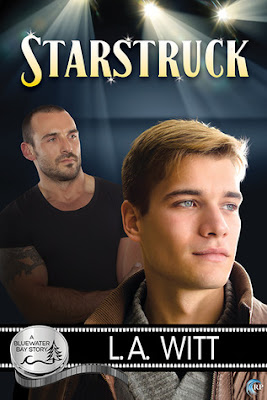 Hollywood is full of dirty secrets, but Carter refuses to be Levi's.

Retired action star Levi Pritchard has made a quiet life for himself in the sleepy logging town of Bluewater Bay, Washington. But then Hollywood comes to film the wildly popular television series Wolf's Landing, and Bluewater Bay isn't so sleepy anymore. His retirement doesn't stick, either, because he's offered a part on the show-exactly the kind of complex role he'd always wanted, one that would prove him more than a glorified stuntman. The only catch? He has to stay in the closet-no matter how attractive he finds his costar.

Carter Samuels is the critically acclaimed male lead on Wolf's Landing. And now, the man who inspired him to take up acting-and made him realize he's gay-is joining the cast, and sparks fly between them instantly. But Carter is out and proud and determined to stay true to himself.

Remaining just friends is the only thing to do, as both the studio and Levi's disapproving, dysfunctional family keep reminding them. Except their friendship deepens by the day, tempting them with what they can't have but both desperately need. 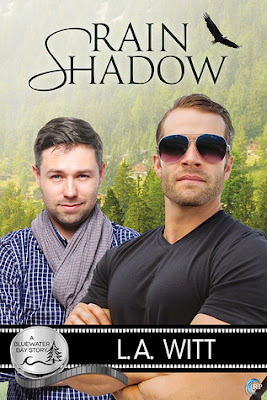 Jeremy Rose came to Bluewater Bay to work as Anna Maxwell’s bodyguard, not to escape his increasingly bitter relationship with his estranged kids. He just wants to focus on his job and be alone for a while. He’s done with love, especially now that three years after his long overdue divorce, he’s got a front-row seat to the rapid deterioration between Anna and her girlfriend. Cynical doesn’t even begin to describe him.

Except Jeremy refuses to seek counseling for his broken family, and Scott refuses to get seriously involved with men who work dangerous jobs. They both need to realize they can only hide for so long from the pain they came here to escape. They must face their pasts before they lose their shot at a happy future. 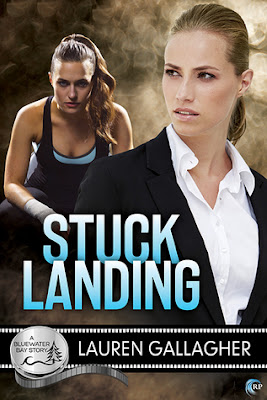 For months, acclaimed Wolf’s Landing director/producer Anna Maxwell has been nursing a crush on Natalya Izmaylova, a former Russian gymnast and current Wolf’s Landing stunt coordinator. When Anna witnesses Natalya's very public breakup with her boyfriend, she can't resist inviting her over for drinks to commiserate about love and all that nonsense.

Commiseration doesn't last long, and soon Anna's in bed with the hottest woman she's ever touched, living out fantasies she didn't even know she had.

Despite the amazing sex, Anna wants to proceed with caution. They're both newly single. They're colleagues. And there's the not-so-small matter of Anna’s biphobia.

Natalya won't commit to someone who clings to ridiculous stereotypes, but they can't avoid each other at work, and there's no ignoring their chemistry. Anna's defenses are slowly eroding, and Natalya is willing to give her another chance. But Natalya only has so much patience, and even scorching hot sex won't keep her coming back forever. If Anna doesn't come to her senses soon and let go of her prejudices -- not to mention her insecurities -- she's going to lose the woman of her dreams. 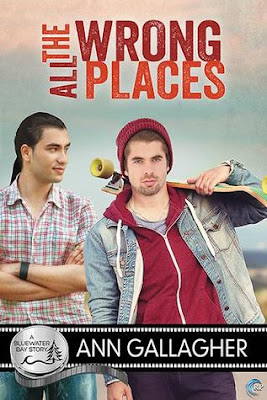 Three cheating girlfriends in a row have given skateboarder Brennan Cross the same excuse: he wasn’t meeting their needs. Desperate and humiliated, he goes to the professionals at the local sex shop for advice.

Zafir Hamady, a sales clerk at Red Hot Bluewater, has an unusual theory: he doesn’t think Brennan is a bad lover. In fact, he doesn’t think Brennan is heterosexual. Or sexual at all, for that matter. He also can’t stop thinking about Brennan. But even if he’s right and Brennan really is asexual, that doesn’t mean Zafir has a chance. Brennan’s never dated a man, and Zafir’s never met anyone who’s game for a Muslim single father with a smart mouth and a GED.

Brennan’s always thought of himself as straight. But when sex is explicitly out of the mix, he finds himself drawn to Zafir for the qualities and interests they share. And Zafir can’t help enjoying Brennan’s company and the growing bond between Brennan and his son. They work well together, but with so many issues between them, doubts creep in, and Brennan’s struggle with his identity could push away the one person he didn’t know he could love.


Two days after he came into Red Hot Bluewater, I still couldn’t get Brennan out of my mind. Or was it Brandon? Brennan. Brendan, maybe? Pretty sure it was Brennan. I’d only given his driver’s license a quick look, though. Brandon? Brennan?
Whatever his name was, he hadn’t come back in. Not that I’d expected him to, but I hoped that meant he was finding all the answers he needed. It had taken me months to get my head around the concept of being asexual, and what that meant, and where I went from there. I didn’t envy him, because I’d been there, done that, no thanks, keep the T-shirt.
I kept wishing he would come back into the shop. I wanted him to find the answers and accept who he was, and if I could help, I wanted to.
That wasn’t the only reason I perked up whenever the bell on the front door jingled, though. It was probably just the novelty of running into another asexual in this town. Bluewater Bay had plenty of queer people, especially since they’d started filming Wolf’s Landing here, but the ones on my end of the spectrum didn’t seem to be all that common. Or, well, they didn’t come strolling into the sex shop very often, anyway. Big shock.
It was also possible I’d been wrong about Brennan, and I wanted a second chance to talk to him so I could either clarify things or apologize for screwing with his mind. He’d pinged asexual to me, but I was no sexuality psychic. And the more I thought about it, the more I had to admit there might’ve been some wishful thinking involved. Another asexual in Bluewater Bay? Yes, please!
And what would I do if he did come back? Direct him toward a few more answers, then clock out and wave good-bye because I wouldn’t have time for anything else before I sprinted out the door to go pick up my kid or work my second job.
Muttering a few curses, I looked at the clock above the door. According to the legs of the leather-clad Tom of Finland character, it was ten fifteen. Only two minutes since I’d last checked.
Today was going to be a long one. Full shift at Red Hot, then on to Old Country Pizza, where I delivered pizzas for that inflexible asshole who always smelled like cigars. Tomorrow, same deal. My next day off from both jobs was . . . I couldn’t even remember. Too depressing to think about.
Maybe it was time to ask both my bosses for a little simultaneous vacation time, even if it meant working double shifts to make up for the unpaid days off from Old Country. I needed a breather. Maybe some social interaction with someone who wasn’t buying a pizza or a dildo. As it was, I’d barely had time to go to the asexual social group out in Port Angeles, and hadn’t been to the bigger one in Seattle since last year.
Between my jobs and my son, there just weren’t enough hours in the day. My social life was nonexistent. The closest I came to one these days was the mosque we attended. Tariq liked the other kids, and the adults were nice when they weren’t needling me about the lack of a maternal figure in my son’s life. Or my lack of attendance, since “I barely have time to grocery shop or breathe” didn’t seem to fly.
Finding time to socialize with other people like me? Yeah, right.
Which was probably why I kept an eye on the shop’s front door, hoping Brandon—Brennan—would come back just so I could talk to someone who got it. Or was in the process of getting it.
At the very least, it would be a distraction from a monotonous morning of precisely nothing happening. Chin on my hand, I leaned on the counter and scanned the store, looking for something to do. Tuesdays were slow as hell here. They’d be slow at my other job too, which meant not a lot of tips, and the boss might cut drivers loose. Great. A tighter budget. Totally what I needed these days.
But at least working at Red Hot was relatively low stress. As far as retail jobs went, it didn’t suck as hard as it could have, and Violet was a saint when it came to being flexible for a single parent.
The only real downside? Slow days. Like this one. When there was nothing to do but stand around.
And wait.
For something.
To happen.
I drummed my fingers on the counter. So . . . fucking . . . boring.
The UPS driver came. The FedEx driver came. The mailman came.
No customers, though.
I shifted my gaze toward the shelves of sex toys I’d restocked this morning. How many dildos would it take to build a tower all the way to the ceiling? The Tower of Dildylon? The Leaning Tower of Phalluses? The Eyeful Tower?
Please, someone, come through that door . . .

L.A. Witt is an abnormal M/M romance writer who has finally been released from the purgatorial corn maze of Omaha, Nebraska, and now spends her time on the southwestern coast of Spain. In between wondering how she didn't lose her mind in Omaha, she explores the country with her husband, several clairvoyant hamsters, and an ever-growing herd of rabid plot bunnies.

She also has substantially more time on her hands these days, as she has recruited a small army of mercenaries to search South America for her nemesis, romance author Lauren Gallagher, but don't tell Lauren. And definitely don't tell Lori A. Witt or Ann Gallagher. Neither of those twits can keep their mouths shut...


Thanks for celebrating with us today. Come back next week for more of Lori's books, a personal story she's chosen to share, and another chance to win!