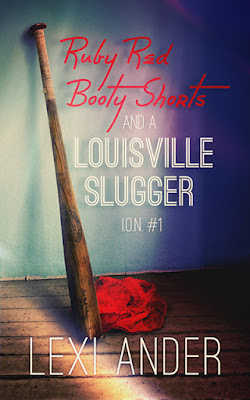 Eager to escape the shadows of a tragic loss, Diego built a new life with his best friend, Beck. When he finally decided one night to admit that he's in love with Beck, that new life takes a new, hot and happy turn. But happiness is easily shattered, as he's learned all too well, and this time it's ruined by the arrival of a mysterious package and then men bent on violence.

Memories of a dead brother and an untouchable drug lord rise inevitably to the surface, and Diego dreads that the man he loves is mired in the world that Diego tried to escape. But Beck's secrets aren't so simple, and neither is the world in which Diego has been living...


Diego walked the dreaming. Not the normal everyday imaginings of deep sleep, but the type of dream his abuela whispered of, where the veil of time drew back to show him the future. Unlike a normal dreamscape, where the colors were flat and the people one-dimensional figments of his imagination, here in the dreaming he’d one day be able to walk the scape as events unfolded around real people.
He was barely twelve years old and this was his very first dreaming. Abuela would be proud, and even though he wanted to run and tell her, he had to put his enthusiasm aside and do his duty well. Until the veil dropped back down, he wouldn’t be able to pull away from the dreaming. But why would he want to? This was a blessing from the Gods. His responsibility was to watch and learn, but more importantly, he had to remember.
A heavy fog caressed his skin as the mist slid past him. The cold touch caused a shiver to work its way up his spine. He stood in a warehouse, and the concrete had a layer of grit that clung to the bottom of his bare feet. The smell of old oil burned his nose and coated his tongue. No matter how many times he swallowed, the rancid taste clung to his mouth. People clustered around a painted circle in the open area of the floor. Diego recognized many of the gangbangers that belonged to The Man who ruled their streets of East L. A. with an iron fist.
A lead ball formed in Diego’s stomach. No one looked at or acknowledged him, but they moved out of his way all the same. Diego’s toes butted up against the broad white line. The mark wasn’t painted on the floor as he’d first thought, but was chalky, like the powder used to mark a baseball diamond. The noise of the crowd unnerved him. He could see the faces of the people, mouths moving exaggeratedly as they spoke, but their voices were odd: their slow, slurred speech made the words almost intelligible. The laughter, though—the eerie cackling skirted over his skin and filled him with dread.

On the other side, the crowd hoisted someone above them. He rode the outstretched arms until he reached the edge of the circle and then they set the person on his feet inside. Diego’s brother, Hector, appeared alternatively nervous and excited as he bounced around the interior of the ring on the balls of his feet. Five years older than Diego, Hector was the tallest person in their family, just shy of five foot ten. Diego wanted to have a strong body like his brother’s when he was older, but his madre told him Hector spent too much time at the gym and not enough time on his studies to make good grades. Hector claimed he had to be strong to protect their sisters from the vatos. Diego couldn’t deny how proud he was when people stepped warily away from the line when Hector bounced close, yelling excitedly at the crowd. His hermano had a reputation for ruthlessness when he defended the familia, and the vatos had learned the hard way to keep space between them and Hector.
Something—someone—stepped into the circle, the figure blurred and wispy-thin as if they were a ghost and not a solid person. Hector halted before the apparition, his expression sobering, his pinky tapping nervously on his thigh. Who would make Hector anxious? Hector was fearless; no one scared him. Well, perhaps there was one person. The Cadillac Man. Now that Diego thought about it, the sensation pressing against his skin wasn’t caused by the crowd, but had always been caused by the nearness of the Cadillac Man.
“Hector Emmanuel Hernandez,” Diego flinched, shocked Hector had given someone his full name. Their abuela warned to never do so. Names had power and could be used against them. The raspy quality of the voice caused Diego’s hair to stand on end. “Do you vow your service unto me, do as I bid of your own free will, and will you be loyal to me in exchange for the safety of your family?”

Hector bobbed his head at each question, bouncing in place. “Yes, sir.”
Black smoke drifted from the blurred figure, the tendrils snaking around Hector’s ankles. “No,” Diego breathed. Something was wrong—he had to stop Hector. He went to step over the line and an electrical current zapped him as he ran into an invisible wall. Blue webbed lines spread out from where he frantically struck the barrier again and again, ignoring the sharp pain in his fists.

“Will you accept the gift of the jaguar, willingly submit to the way of the warriors of old?” The grating voice held an air of expectation.
Diego slammed his fist against the wall. “Hector, no!” he shouted.


“Enter your blood into the book of binding.” The apparition held out a large weathered tome several inches thick.
Withdrawing a pocket knife from his jeans, Hector sliced his palm over the yellowed pages. He squeezed blood from his fist while Diego yelled and screamed for Hector to stop. Couldn’t he feel the wrongness of this place, in the people surrounding him? Did Hector not see the darkness of the person he was vowing himself to?

“It is done.” The finality of the statement was like a punch to Diego’s gut.
He didn’t understand what happened, only that Hector had committed to something he couldn’t walk away from. The dark mist swirled around Hector, clinging to his body, stroking him almost lovingly. Without being told, Diego knew it was evil. How could Hector not sense the vileness?

The blurred figure retreated from the circle and the spectators took several steps back. Hector’s smile faltered, but he pumped his fists in the air like a prize fighter. Diego yelled for Hector to run. Something would happen. The tension of the oncoming moment caused his skin to crawl with unease. Hector stopped in the center of the ring and spread his feet, his expression scared but determined. A large jaguar prowled forward, the low growl the only warning before the cat leapt. Hector struggled as he was borne to the ground, screaming while powerful jaws clamped down on his shoulder. The jaguar planted a massive paw in the middle of Hector’s chest as it mauled him.
Diego fell to his knees, desperate to reach Hector but unable to answer his brother’s call for help. Hector fought, but Diego could see how quickly Hector’s strength left him, until he struggled no more. The feline released him, roaring in his face, bloody saliva dripping from its wide jaws. Too much blood pooled around Hector, and his head tilted toward Diego as his body shuddered. Diego pressed against the barrier, the sting no longer registering because he was too wrapped up in his grief as he watched his brother die.

“Diego.” Even though Hector whispered, he heard his name clearly, as if Hector sat right next to him. Hector’s gaze ran along the gathered crowd, eerily coming to rest where Diego knelt. “Lo siento, hermano. I didn’t mean to break my promise,” he rasped.

Lexi has always been an avid reader, and at a young age started reading (secretly) her mother’s romances (the ones she was told not to touch). She was the only teenager she knew of who would be grounded from reading. Later, with a pencil and a note book, she wrote her own stories and shared them with friends because she loved to see their reactions. A Texas transplant, Lexi now kicks her boots up in the Midwest with her Yankee husband and her eighty-pound puppies named after vacuum cleaners.