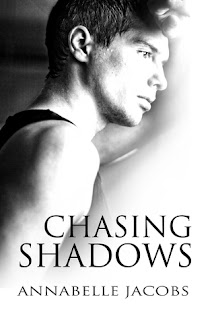 
Jamie Matthews goes to Cornwall to find his missing brother. The police are convinced Michael drowned, but Jamie knows better. No way would Michael swim to his death, especially on a beach with a wicked rip tide. Finding a stranger in his brother’s cottage only deepens his misgivings.

Felix Bergstrom is recently discharged from the British Army. Unable to put the past behind him, he takes an unhealthy interest in old acquaintance and millionaire businessman Karl Weston, hoping to catch him up to no good. Michael’s disappearance adds fuel to Felix’s suspicions. Weston’s clifftop home overlooks the beach where Michael supposedly walked into the sea, but Weston has an alibi for that day.

When Jamie and Felix meet, the physical attraction is instant. Mistrust keeps them from acting on it until finally all their secrets are laid bare. But time isn’t on their side. Before they’re able to work out whether they have a future, danger catches up with them and threatens to put an end to everything.

Jamie and Felix meet under less than ideal circumstances when Jamie, who's grieving the recent disappearance of his brother Michael, finds Felix snooping through Michael's belongings at the cottage Michael rented for a two-week stay.

Jamie can't help but think that Felix knows more about Michael going missing than he lets on, but he's drawn to Felix for far more dangerous reasons, like his tats and the perfect cut of his abs.

The villain is immediately obvious, but the focus isn't so much on Who Done It? as on How? and Why? While both Felix and Jamie attempt to find answers, neither goes off completely half-cocked playing Scooby-Doo. Well, maybe Jamie is a bit foolish at the end, but I understood his impatience.

Honorable mention goes to Felix's Army buddies who happen to be hot as fuck. Unfortunately, one of them's married, but there's still hope for Adam.

This is an intense, sexy story with a perfectly paced plot and an even better HEA.

To learn to read is to light a fire.