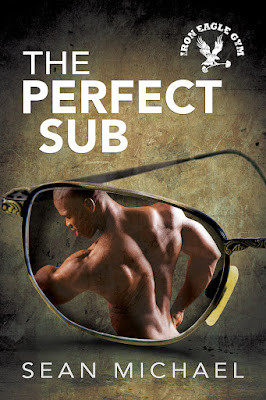 While new couple Tide and Lance spend time deepening their relationship and further introducing Lance to the joys and vagaries of being a sub, established couple Tyrone and Bran discover that they still have a thing or two to learn as well.

A new job finds Bran run off his feet, and a visit to the eye doctor leads to the discovery of a brain tumor. Bran is terrified. He strives to be the perfect sub for his beautiful master and sees the tumor as a personal failing as he tries to handle every last phone call, e-mail, and text that comes in, no matter how early or late. When Tyrone finally finds out about the tumor Bran’s been keeping a secret, he realizes he’s been taking his sub for granted, and he works to rediscover his boy and their relationship. Of course, that’s easier said than done given that Bran’s job is taking up all his time and he would rather pretend the tumor just doesn’t exist than actually deal with it.

It's going to take all of Tyrone's prowess as a master to help guide Bran through these troubled waters.

What’s In A Name?

I have a confession to make. Not all the names in this book are the names the characters started out with.

So the way I write is characters show up in my brain and they share their stories with me. I’m just the transcriber here and usually the guys all show up complete with names. So Lance showed up first with his shyness and his dorkiness and he pointed to Tide and said that one’s mine.

So Tide comes into the foreground of my brain, so to speak, and he’s got his two best friends with him, Ty and Bry. Well. I roll my eyes a little at the rhyminess of it all, but I go ahead and write their story. I know my editor will let me know if the name thing is a problem. It isn’t for me as I write, because the guys are solid and different in my head and it’s easy for me to tell them apart as they actually live in my head.

Sure enough, Tide, Ty and Bry were just too close to each other to flow well as names of three different characters in the same book, so Bry became Bran and Ty went by his full name Tyrone instead of the short form. Lance was the only one of the three who I didn’t have to worry about name-wise. He says it’s because the other three were all muscled studs while he most definitely was not so he had to win somewhere. Tide of course is quick to point out how adorable and wonderful Lance is and things get even more saccharine from there which makes Tyrone and Bran rolls their eyes. But at least none of their name rhyme anymore.

Often referred to as "Space Cowboy" and "Gangsta of Love" while still striving for the moniker of "Maurice," Sean Michael spends his days surfing, smutting, organizing his immense gourd collection and fantasizing about one day retiring on a small secluded island peopled entirely by horseshoe crabs. While collecting vast amounts of vintage gay pulp novels and mood rings, Sean whiles away the hours between dropping the f-bomb and pursuing the Kama Sutra by channeling the long-lost spirit of John Wayne and singing along with the soundtrack to Chicago.

A long-time writer of complicated haiku, Sean is currently attempting to learn the advanced arts of plate-spinning and soap-carving sex toys.

Barring any of that? He'll stick with writing his stories, thanks, and rubbing pretty bodies together to see if they spark.