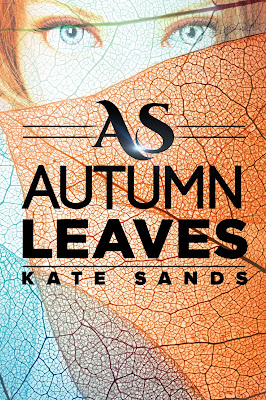 Sixteen-year-old Kayla Caruso, once a well-liked cheerleader, knows that something sets her apart from her classmates. Her reluctance to have sex with a boy she was seeing earned her both the title of “Ice Queen” and the disdain of the other students. Bullied and alone, Kayla finds solace in one of her dwindling group of friends. Althea Ritter is a volleyball star and rumoured to be a lesbian. As Kayla’s interest in Althea grows, so does her confusion. Is she attracted to men or women? Both? Neither? Why does sex even have to matter? Kayla explores her muddled feelings, trying to discover where she fits in, and soon realizes her identity might not be as simple as gay or straight.

Kayla and Althea sat in the back while Mr. Ritter and Darnell took the front. It meant Darnell had control over the radio, but his taste in music wasn’t too bad.

“We should watch some footage.” Althea pulled the camera from of her bag again. Kayla tried to lean over to see better, but Althea shook her head and unbuckled her seatbelt. She started to slide over. “This will work better if we’re closer.”

“Darnell,” Mr. Ritter said harshly, cutting off any comeback Althea might have had. “Don’t be rude.”

Kayla couldn’t tell if it was sincere or because his father had scolded him. She shrugged and said, “Sure, no problem.”

Althea had frozen beside her at her brother’s teasing, and hadn’t moved yet. Kayla could kick Darnell for making it awkward. She was glad she didn’t have any annoying little brothers to mess things up, even if it did sometimes get lonely at home.

“Come on,” Kayla said, tugging at Althea’s arm to get her to continue moving closer. “Buckle up, then let’s watch. I want to see.”

Enough encouragement, Althea did as Kayla had prompted. She wouldn’t look Kayla in the eyes, but Kayla supposed that was all right since they were sitting next to each other. Althea relaxed again when Kayla leaned into her so they could both see the tiny screen as the video started to play.

Kayla didn’t mind that they sat this close, their sides pressed against each other and their legs tangled as they shared the same small space. She hadn’t been comfortable with being this close to Jason, and it felt different than with Hannah. And while she liked spending time with Hannah as a friend, hanging out was never nearly as… exhilarating as the day with Althea at the resort. She’d never been as giddy or happy any of the times she went on dates with Jason either.

Kayla took her own turn to tense nervously. It was if she was winded, the way her breath got caught in her throat.

She liked Althea. Not only as a friend, but she liked her.

“Yes,” Kayla said. Her voice sounded off, but she was busy trying to keep her anxiety at bay. Althea didn’t need to deal with that. She didn’t need to know Kayla developed a stupid little crush that could go absolutely nowhere.

Kate Sands grew up in a small rural town on the Canadian Prairies. She developed a love of reading and writing at a young age, becoming completely enamored with the craft of storytelling. It wasn’t until she grew up and left small-town life behind, moving to the Big City, before she truly understood what diversity was and what it could be. She still reads a variety of fiction, but concentrates writing in the LGBTQA+ genre in an effort to add to that diversity. She hopes that these kinds of stories will reach someone, somewhere, in a way she missed out on in her earlier years.