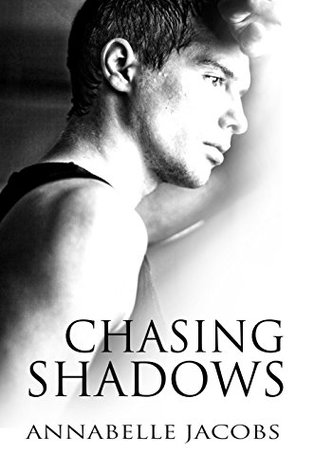 Jamie Matthews goes to Cornwall to find his missing brother. The police are convinced Michael drowned, but Jamie knows better. No way would Michael swim to his death, especially on a beach with a wicked rip tide. Finding a stranger in his brother’s cottage only deepens his misgivings. Felix Bergstrom is recently discharged from the British Army.

Unable to put the past behind him, he takes an unhealthy interest in old acquaintance and millionaire businessman Karl Weston, hoping to catch him up to no good. Michael’s disappearance adds fuel to Felix’s suspicions. Weston’s clifftop home overlooks the beach where Michael supposedly walked into the sea, but Weston has an alibi for that day.

When Jamie and Felix meet, the physical attraction is instant. Mistrust keeps them from acting on it until finally all their secrets are laid bare. But time isn’t on their side. Before they’re able to work out whether they have a future, danger catches up with them and threatens to put an end to everything.

It must be a nightmare when a family member just disappears.

Jamie’s brother, Michael, was painting in Cornwall when he suddenly went missing. Jamie travels down there to go looking for him.

In Cornwall, he meets Felix, an ex-army man, and sparks go off. As an aside, Cornwall is almost a character in itself in this story, and is beautifully depicted. I can actually almost smell the sea breeze.

I’m not a big fan of switching POVs, so that brings the experience down a little bit for me—I know some people love it, so all I can say is that it is well done, here. Not head-hopping, but switching at chapter beginnings.

There is mystery. Attraction. Slow-burn happening, as they keep looking for clues as to Michael’s whereabouts. And then sizzling hot as they finally get it on.

It’s a good story, (with a little mandatory OMG-angst at checkpoint 75%), and the mystery is solved. Kinda.

I feel the book could have benefited from more meat on the bones of the actual mystery than concentrating on the romance. But that’s me. I always want 75 more pages of the Real Story. Everyone else always want more romance.

I was given a free copy of this self-published book by the author. A positive review wasn’t promised in return.


Thank you for reading, hope you liked this review.