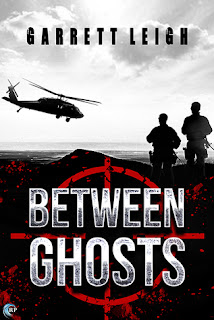 
In 2003, journalist Connor Regan marched through London to add his voice to a million others, decrying the imminent invasion of Iraq. Eight months later, his brother, James, was killed in action in Mosul.

Three years on, Connor finds himself bound for Iraq to embed with an elite SAS team. He sets his boots on the ground looking for closure and solace—anything to ease the pain of his brother’s death. Instead he finds Sergeant Nathan Thompson.

Nat Thompson is a veteran commander, hardened by years of combat and haunted by the loss of his best friend. Being lumbered with a civilian is a hassle Nat doesn’t need, and he vows to do nothing more than keep the hapless hack from harm’s way.

But Connor proves far from hapless, and too compelling to ignore for long. He walks straight through the steel wall Nat’s built around his heart, and when their mission puts him in mortal danger, Nat must lay old ghosts to rest and fight to the death for the only man he’s ever truly loved.

I'm beginning to think that Garrett Leigh can do little wrong. I love military stories. Especially when we get to see the vulnerability of the soldiers. While Connor was with Charlie-3, we see them through his eyes and they felt so real. The laughter, the gruffness, and just how they all carried themselves. These men are dedicated. And they're also human.

Connor Regan is a journalist who used to do fairly fluffy pieces about current entertainment. But after his brother James is killed in action, Connor decides to take a different path in an effort to understand why his brother died. It takes years, and a whole lot of training but finally he is approved to tag along with a SAS regiment and write about their humanitarian efforts. For Connor, though, it's about more than just his column. Hopefully, he'll even be able to finish grieving and maybe even understand a bit.


Nat Thompson is the leader of Charlie-3. He's seen more than his fair share of death. So much that he feels numb with it. All except for one - his best friend and second in command who died three years prior. He feels responsible, even though he isn't. Nat just carries everything with him but he tries to not let it show to anyone. He fails with Connor, though. Connor sees straight through to the caring, compassionate man Nat is. Nat says he just doesn't have it in him to feel anymore. The truth is, he feels everything.

When they meet, both Connor and Nat are trapped between the ghosts of the past and and uncertain future. But their chemistry was palpable. Nat fully expected to have to babysit Connor, and instead, Connor was an intelligent, resourceful, insightful man who had the skills to take care of himself. And in Nat, Connor finds a man who has seen too much and lived through it all.

There was surprisingly little angst in Between Ghosts considering they're in the middle of a war zone. It's there, but it wasn't overdone. My only real niggle with the story is I wanted more in the epilogue. More feelings, more sex, just more. After everything they had been through together, I guess I wanted something bigger. Instead, it felt just a touch awkward. Everything else, though - perfection.

Buylinks are provided as a courtesy and do not constitute an endorsement of or affiliation with this book, author, or booksellers listed.