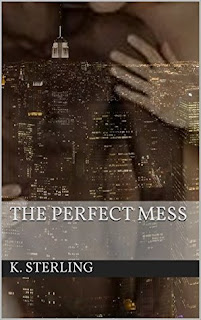 
Landon Bright was two months away from a new job in a new city when an encounter with an old friend changes everything. Despite common sense telling him it's a bad idea, Landon gives in and goes on a blind date.

Ben Marshall is completely over men and dating but gives in when his sister's boyfriend insists he has the perfect guy for Ben and agrees to be set up. Not only is Landon the perfect guy, but Ben has the best night of his life. The only fault he can find is that Landon is moving in a few months.

It's all about the ass, baby!

Plot: Landon has to choose between the out-of-state job he's always wanted and the man of his dreams? WHAT WILL HE DO? What would YOU do?

This book isn't deep. Ben and Landon are an interracial couple, and at one point Ben, who's of Jamaican heritage, feels like less of a man because he likes to take it up the ass. When he did the fucking, he was just a man who wasn't sexually into women, but if a man fucks him, he's "totally" gay. As opposed to partially gay?

This concept wasn't explored, and the side plot regarding Ben's sister was sort of dropped. There were also a few grammatical issues.

But, seriously, who cares? I did not read this book to have a philosophical discussion about gender roles. Or commas.

I read it for the sex. And the sex was SMOKIN'!

This was my first read by this author, but it won't be the last.