Blogtour: Over The Knee Anthology

Over The Knee Anthology 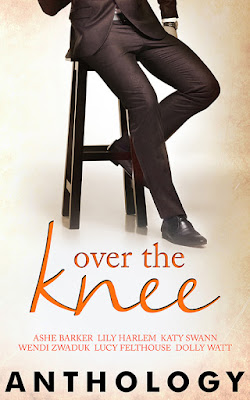 'In the Eyes of the Law' by Ashe Barker
She’s still his wife, in the eyes of the law. But is she still his submissive? His to spank? A momentary lapse of concentration places Libby Novak on the wrong side of the law. A criminal conviction could lose her her job. How much worse could this get?

'Properly, or Not at All' by Lucy Felthouse
How will a husband and wife cope when they’re told one of their favourite kinky pastimes is temporarily off the menu? Tristan and Jayme are not only devoted husband and wife, they are also Dominant and submissive, with a particular penchant for spanking. They’ve been playing delicious kinky games for the fifteen years they’ve been together and couldn’t be happier.

'A Private Education' by Dolly Watt
Archivist Emma Willoughby learns a lesson in kinky lust when she’s invited to assess the ninth Earl of Folchester’s private library. When Emma y is invited to assess the private library of Lord Leopold Denby-Peel, she isn’t expecting to find Victorian spanking diaries in his leather-bound collection. Nor is she expecting the earl to be quite so young and handsome. As she explores the pages of his nineteenth century erotica, Emma finds herself craving to receive chastisements comparable to those depicted.


Excerpt from Over the Knee: Silk and Decadence


Once she’d reached E’s general vicinity, her confidence nose-dived. Shit. He wasn’t going to be interested in her. Not when he had two towering beauties to cater to him. She gripped the shot glass tighter. She’d bought him the drink and could at least say hi. If he ignored her or dismissed her, then she’d know where she stood.
“Hello.” Master E eased up beside her. “I didn’t expect to find you here tonight.” When he smiled, her insides turned to warm goo. “I—I brought you a drink.” She offered up the whiskey. “Old and smooth, just like you like it.” Her hands trembled, sloshing the amber liquid. He didn’t expect to see me? Did that mean he’d noticed her watching?
“Thank you. I needed a drink. Are you here alone?” He accepted the glass and downed the shot in one swallow. “The burn is good.”
Her ears and cheeks burned. “I’m alone,” she murmured, but doubted he could hear her over the throbbing music.
“Excuse me, ladies.” He inched away from his companions. “Now, why don’t we go over here?” He slipped her arm through his and led her to the corner of the room. Although the music wasn’t much softer, the lighting was darker and there were fewer people mashed together. “Better,” he said. “Now, you were saying?”
“I’m alone.” God. The words sounded so awful in her own ears. Yes, she was alone. Perpetually the single girl. She bit back a sigh. No need to look desperate tonight.
“I’m sorry to hear that.” He slid his hand down to hers and took a step back. “You look wonderful. The burgundy brings out the green in your eyes.”
“Thank you,” she managed, through her shock. He’d noticed the color of her eyes? Wow.
“Did you come for the dancing?” He glanced out at the crowd. “I’m not much for the music. Too loud.” He turned his attention back to her, then placed the empty shot glass on a nearby empty table. “I thought I’d like to play. Interested?”
“But your dates—won’t they be looking for you?”
“My dates?” He smiled and tipped his head until he rested his forehead on the top of her head. “The girls are here to schmooze. I’m not.”
She fought the urge to snuggle against him. The foot difference in their heights had drawn her to him. She preferred a man who could dominate but still possessed warmth.
E slid his fingers into her hair. He snaked his free arm around her, holding her to his chest. “Would you like to come with me?”


“Yes,” she said. She didn’t need to think about the answer. Her heart and her body both knew where they wanted to be—with him.

When I decided to write the story, Silk and Decadence, I knew I had to be true to the characters. But here’s the thing about writing. The characters don’t always cooperate. Life and love don’t always work out.
I’d written Honey and Decadence over a year ago and I knew when I penned it, that Elias would need a story. There wasn’t a question about it. He needed a happy ending. I loved his character and knew somewhere there was a woman meant for him. That’s how Silk and Decadence came about.
But Silk and Decadence isn’t all about Elias. Sure, he’s a fun character. He’s the happy-go-lucky businessman who gets thrown into being the tougher businessman because of circumstances he can’t control. He’s stuck in a rut. He wants his easy lifestyle and a woman to share it with. But who? He’s not usually about dating the staff at his restaurant and honestly, he doesn’t spend much time leaving the restaurant. He’s into spanking and playing at the local BDSM club, Push. But he wants more than a playmate at the club. He wants a mate who can handle his dark side. What’s a guy to do?
That was the crux of Silk and Decadence. Who could love Elias? He thinks it’s hard for anyone to accept that someone would want to spank or be spanked—at least outside of the club. Now, he knows he’s somewhat archaic in his thinking. Plenty of people are into BDSM, but he’s convinced himself that his life at the restaurant and the one at the club cannot intermix.
Sadie throws that precarious balance in Elias’ life out of whack. Sadie isn’t the woman who normally grabs everyone’s attention. She’s sweet, caring and a hard worker, but she doesn’t see herself as anyone special. What is different about her is that she likes the spankings. She knows Elias and has seen her at the club. He’s her heart’s desire. But what can a simple, unassuming woman do to grab Elias’ attention?
She can submit. Not only can she do so, but she does it with gusto. She’s the lover he seems to be looking for. But will it work out? That’s for you to find out in the book. *Grins*


I liked playing with these two characters. They aren’t much alike on the surface, but they have so much in common. When they get together, the combination is explosive.  I hope you enjoy Silk and Decadence with Elias and Sadie as much as I did when I wrote them and now that I’ve read through the story again. 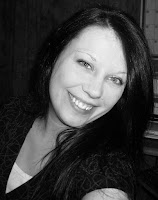 I always dreamed of writing the stories in my head. Tall, dark, and handsome heroes are my favourites, as long as he has an independent woman keeping him in line.

I earned a BA in education at Kent State University and currently hold a Masters in Education with Nova Southeastern University.

I love NASCAR, romance, books in general, Ohio farmland, dirt racing, and my menagerie of animals. You can also find me at my blog.