Today we're closing out the tour for Lissa Reed and 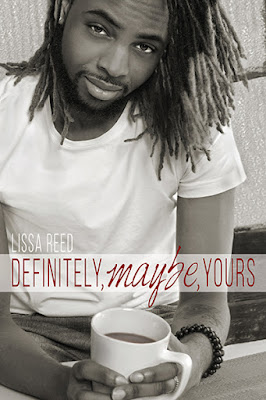 Seattle-based baker Craig Oliver leads a life that is happily routine: baking cupcakes for an enormous family reunion, managing Sucre Coeur for its frequently absent owner, and closing out his day with a pint at the local pub. He has a kind heart, a knack for pastry, and a weakness for damaged people.

Habitual playboy Alex Scheff is looking to drown his sorrows, but instead discovers that he may have a weakness for Englishmen who carry cookies in their pockets. Can a seemingly incompatible pair find the recipe for love in a relationship they claim is casual?

With a wink, Craig pulls a ten-dollar bill out of his left coat pocket and a carefully bagged almond and raspberry-lemon croissant, Katie's all-time favorite baked good, out of the right. He passes them across the bar as if he's James Bond—a very cheeky and cheery sort of 007. “You know I'll always look out for you. Keep the change.”

Katie squeals and flops across the bar to squeeze him breathless, and her ponytail slaps him in the nose. She bounces off with her treat in hand and Craig shakes his head and pulls long black and red hairs from his face, as he does every time this happens. Katie really is his favorite bartender at The Order of the Garter, hell, his favorite bartender in Seattle and maybe even the world. Much too good to be working at a grotty little pub, fending off unsavory advances and spilled drinks four nights a week; that's why Craig will bring her any bakery treat she wants, anytime she wants it, until she finally wises up and gets the hell out of this place. Time for another sip of this excellent, excellent stout: Craig reaches forward. It's a good Thursday.

Of course, that's when it takes quite the sharp turn, leaving every Seattle-pub-Thursday Craig's ever known in the dust.

“Well, aren't you a hit with the ladies,” comes a surly drawl from his left, startling Craig just as he's got his fingers around his glass. “Was that a croissant in your pocket, or were you actually happy to see her?”

“Both,” Craig replies, shifting around to lean on his elbow and survey the formerly silent pile of misery hunched over two stools down, the limp guy at the end of the bar Craig had spotted on his way in. He is not unconscious after all, much to Craig's surprise; judging by the row of empty shot glasses upside down in front of him and the distinct aroma of tequila emanating a good four-foot radius from his person, he should be. Craig winces and turns away as the fumes burn his nose.

“Baked goods. That's a new one. Never saw anyone use baking to hit on the ladies before.” Mr. Misery sways his head upright, pushes a wild flop of brown hair out of his eyes and swings around until he locates Craig. He blinks. “Does it work?”

Surprised by the color of the eyes meeting his—an unusual shade, gray, not blue-gray or blue, but the gray of a sky covered in early storm clouds—Craig answers without thinking. “I wouldn't know. I don't hit on girls. Katie's my friend, not my type.”

We had an opportunity to ask Lissa a question...


Hi Lissa, thank you for agreeing to this interview. Tell us a little about yourself, your background, and your current book.

Hello, thank you for welcoming me today! I’m a writer slash software specialist living in Texas. I’ve been writing since I could hold a pencil and scratch out nonsense in a notebook, but I like to think I’ve improved since then—maybe! Definitely, Maybe, Yours is the love story of Craig, who bakes, and Alex, who worries too much. They don’t seem like they should fit, but they can’t deny their chemistry and don’t really want to, as long as they don’t actually have to talk about it.

Someone asks you for advice about writing. What do you tell them?

That personally, for me, a smartphone is my best friend. I have a full-time job and something resembling a social life, and a writing muse does not wait for me to be sat down in front of a laptop, ready to write. I can get an idea or a spark or a character or an entire short story tossed up in front of me at any time. I keep Google Docs and Drive on my phone, ready for me to write down whatever has come to mind. Then when I am at home again and in front of my computer, I can pull the doc up and grab the information out of it when I need it. It’s been invaluable for me to have this resource, I feel a bit less like I am juggling everything trying to find a balance. I get to do what I need or want to do, but I also get to write. A lot of my writing friends think I am crazy, but I do what I have to do, and this works out really well for me!

The thing is, I realize it isn’t feasible for everyone to have a smartphone, in which case, I would say to carry a notebook and pen around at all times. I still actually do this, mostly because I like pretty notebooks and Pilot gel pens, but it does come in handy for the very rare occasions when I don’t have access to my phone or my laptop.

Write whenever, however, and wherever you need to, is what it would come down to for me.

Lissa Reed is a writer of fiction, blogs and bawdy Renaissance song parodies. She traces her first interest in becoming a writer to the fourth grade, when her teacher gave her the gift of her first composition book. A former newspaper editor, Reed shifted her focus to romance and literary fiction early in her writing career. She lives in the Dallas-Fort Worth area and is currently working on her new novel, Certainly, Possibly, You—the sequel to Definitely, Maybe, Yours.