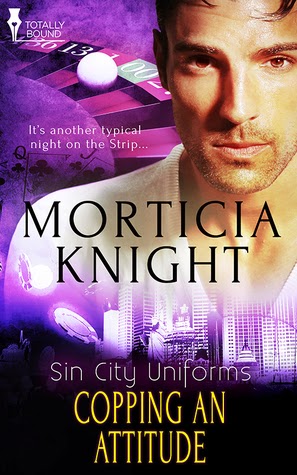 Hustler Slade Wolfgang has little choice over his fate. At the age of twenty, he’s had to survive any way he can since being thrown out of his home for being gay. As soon as he hit Vegas, Slade was lured into the hopeless world of prostitution where he’s become a virtual prisoner to his pimp, the ruthless Julio Estevez. His evil keeper has even threatened to sell Slade overseas as a sex slave.

It’s another typical night on the Strip when Parker comes across Slade. His heart breaks every time he sees someone so young being exploited. Something in Slade’s eyes tells Parker the young man might be in real trouble though—especially after the recent spate of sex worker killings from a rival prostitution ring.

The two men’s lives become intertwined when Slade is almost beaten to death. The danger grows, but so does the relationship between Parker and Slade. Parker helps Slade to heal from the horrific attack and their bond deepens. But the human traffickers are still out there - and they’re still looking for Slade.

Copping an Attitude is darker than the first book in the Sin City Uniforms series and can be read as a stand-alone, as there is only a brief mention of Trent and Shawn from book 1.

One of the MCs, Parker, is a cop on the Vegas Strip. Parker is Darren's partner from book 1 and the kind of guy who still believes in fairy tales.

When Parker (almost) arrests a young prostitute named Slade*, he feels an immediate connection to the clearly haunted, frightened young man.
*Not his real name.

Slade is ten years younger than Parker, 20 to Parker's almost 30, and has been on the run since he was a teenager after his parents kicked him out of the house for being gay.

This, of course, is sadly too believable. Slade's deplorable working conditions and his despicable, cruel pimp who wants to sell him on the international sex marker add a heaviness that the first story lacked.


This novella has a romantic Pretty Woman vibe despite the angst and doesn't delve too deeply into the issue of prostitution and its mental, physical, and emotional repercussions.

Parker rescues Slade, and they leap to lust and love immediately. I was bothered by the fact that Slade jumped to sex with Parker so quickly. I felt he needed to find himself as a person, without letting sex define him.

But I was willing to let this go because I desperately wanted Slade and Parker to be happy.

Slade, who returns to his real name at the halfway mark when he gains some confidence, is quite toppy, and Parker discovers he likes giving up control in the bedroom. Their connection is passionate and all-consuming.

Scared and insecure, worried he'll never be "normal," Slade makes a poor decision, which leads to drama at the end. The tension is only mild, however, as we trust that Cinderfella will find his prince.

And the EPILOGUE WAS AWESOME!