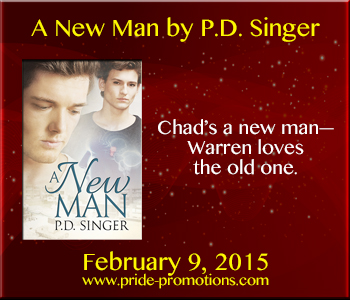 Today we welcome P.D. Singer who penned the fabulous novel 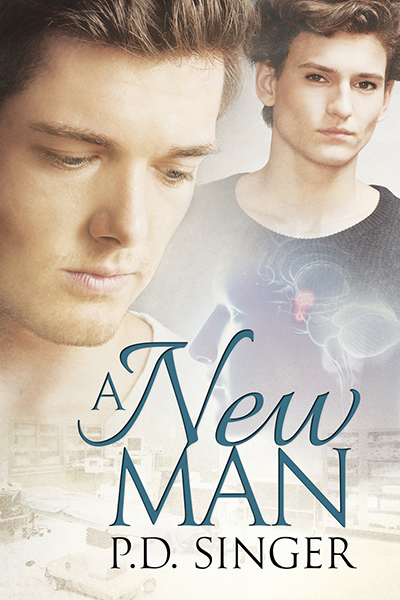 Senior year of college is for studying, partying, and having fun before getting serious about life. Instead, Chad’s days are filled with headaches and exhaustion, and his fencing skills are getting worse with practice, not better. Then there’s his nonexistent love life, full of girls he’s shunted to the friend zone. Is he asexual? Gay?

Grad student Warren Douglas could be out clubbing, but his roommate is better company, even without kisses. He’s torn up watching Chad suffer, gobbling ibuprofen and coming home early on Friday nights. If Chad weren’t straight, Warren would keep him up past midnight. They’re great as friends. Benefits might answer Chad’s questions.

A brief encounter with lab rats reveals Chad’s illness—he needs surgery, STAT, and can’t rely on his dysfunctional parents for medical decisions. Warren’s both trustworthy and likely to get overruled—unless they’re married. “You can throw me back later,” Warren says, and he may throw himself back after his husband turns out moody and hard to get along with, no matter how much fun his new sex drive is. Surgery turns Chad into a new man, all right…

…but Warren fell in love with the old one.

On his feet now, Chad looked a little shaky. For a silent moment he stood, though it wasn’t clear whether he was forcing his body to behave or thinking.
“Uh. You’re a scientist…” Why did Chad make that sound like a question? Unless it was part of his medicine head. “I need some data.”
Oh. Oh!

Warren didn’t flinch or pull away when Chad leaned in. Both his hands rested on Warren’s upper arms, which didn’t keep him from lurching forward so fast Warren thought he’d get hit in the face. But no, he stopped short and came in slow for the last inch. Eyes open and questioning, he met Warren’s mouth in a smooth, gentle kiss. Lips not quite parted, he brushed against Warren, searching, not demanding.
What had gotten into him? Warren kissed back, not too startled to respond in kind, adding nothing that might frighten Chad away. He wouldn’t lift his arms, he wouldn’t offer tongue, but he would meet Chad’s mouth for as long as he was offered it. He had to tip his face up slightly and fight to stay in place when he wanted nothing more than to step forward into Chad’s arms, to plaster himself against that inviting chest, and thrust his tongue into the depths of Chad’s mouth.


Chad’s eyes were blue drowning to black, his pupils dilated widely. Questions, but not fear, dwelled behind his irises, questions that Warren wanted to answer for him. Yes, you like this, yes, you want more, yes, you want it with me. Yes.

P.D. Singer lives in Colorado with her slightly bemused husband, two rowdy teenage boys, and thirty pounds of cats. She's a big believer in research, first-hand if possible, so the reader can be quite certain Pam has skied down a mountain face-first, been stepped on by rodeo horses, acquired a potato burn or two, and will never, ever, write a novel that includes sky-diving.

When not writing, playing her fiddle, or skiing, she can be found with a book in hand.

If crème brulee is on the menu, I don’t even register the other choices. Poking the spoon through the crisp sugar barrier into creamy custard and that first taste, um, oh, excuse me, sorry about the drool.


What’s the most embarrassing gift you ever received?

It wasn’t so much the gift as the note with it. My friends threw a bon voyage party for me before a month long concert tour, complete with some gag gifts for a traveler. The Imodium got giggles, but the tiny Teddy bear created the problem. Oblivious to my friends’ frantic shushing, I read the note aloud to a group that included my parents. “Here’s something to cuddle with on those nights in strange places, and no, it’s not Danny.”


You'll need the two facts above for the raffle!