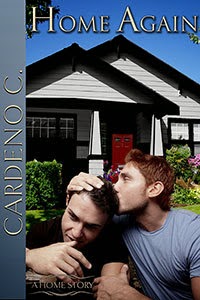 Imposing, temperamental Noah Forman wakes up in a hospital and can’t remember how he got there. He holds it together, taking comfort in the fact that the man he has loved since childhood is on the way. But when his one and only finally arrives, Noah is horrified to discover that he doesn’t remember anything from the past three years.

Loyal, serious Clark Lehman built a life around the person who insisted from their first meeting that they were meant to be together. Now, years later, two men whose love has never faltered must relive their most treasured and most painful moments in order to recover lost memories and secure their future. 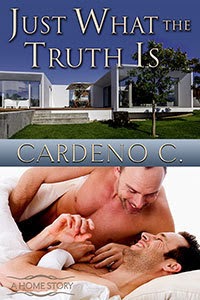 People-pleaser Ben Forman has been in the closet so long he has almost convinced himself he is straight, but his denial train gets derailed when hotshot lawyer Micah Trains walks into his life. Micah is brilliant, funny, driven…and he assumes Ben is gay and starts dating him. Finding himself truly happy for the first time, Ben doesn't have the willpower to resist Micah's affection.

When his relationship with Micah heats up, Ben realizes has a problem: his parents won't tolerate a gay son and self-confident Micah isn't the type to hide. If Ben wants to maintain his hold on his happiness, he'll have to decide what's important and own up to the truth of who he is. The trouble is figuring out just what that truth is.


These books are part of Cardeno C's seven-book Home series. They can be read as standalone novels in no particular order, even though the MCs are connected by friendship, family, and/or location and are mentioned in each other's books to lend a feeling of community and continuity.

My reviews apply to the second edition of these books published in 2015, which include a bonus chapter originally published in Marriage: A Home Series Celebration.

This book starts with a bang. Noah wakes up following a car accident and immediately asks for his partner, Clark, but Clark isn’t in the hospital with Noah. Ben, Noah’s older brother, is.

The book alternates between the present (2010), which is told in Noah’s first-person POV, and the past, told in Clark’s first-person POV. Noah and Clark meet when Noah is a 13-year-old rebellious teenager and Clark, Ben’s best friend, is a senior in high school.

Noah doesn’t remember the last three years of his life, and it immediately becomes apparent that there’s something Ben and Clark aren’t telling him.

The relationship between Noah and Clark is all-consuming. Noah is very (and I mean, VERY) possessive of Clark.

Even though I liked the MCs and the passion between them, what did not work for me was the incident of three years prior, the traumatic event that Noah has blocked from memory.

Yes, Ben acted like a complete and utter bastard, but Noah and Clark’s relationship was portrayed as being so strong, I simply didn't buy that there was anything Ben could have said to Noah to make Noah act so impulsively. The actions were completely out of character for Noah, who'd always been mature and deeply in love with Clark.

I didn’t believe it, just like I didn’t believe that Clark would disappear so completely and that none of Clark and Noah’s friends would have known that Clark was gone, not just working out of town. You can’t keep a secret like that for three years, not from real friends.

We needed a probable reason for the separation and more talking/apologizing FROM NOAH upon him remembering what happened. The reunion was too easy. Also, I love endearments, but there was one too many "sweethearts" and "angels" here even for me.

This is one of Cardeno C's first novels, and it's not as well developed plot wise as his later work. I still enjoyed it, however, because I love sexy, fluffy goodness, and all CC books have it in spades.

The bonus chapter (set in 2013 after DOMA was overturned) is a nice addition. I loved seeing these men going strong so many years later!

Just What the Truth Is

I read this book immediately after finishing Noah and Clark's story. I didn't like Ben in the first book, but indirectly glimpsed his HEA in the bonus chapter and was curious to see if he could redeem himself.

I'm happy to report that he could and he DID, although he still had major asshole moments in this story.

Because the book is filtered through Ben's first-person POV and the writing breaks down the fourth wall, we are privy to all of Ben's random, neurotic thoughts.

Ben is buried in a closet packed to the brim with his parents' bigotry and expectations. Unlike his younger brother, Noah, Ben is the good boy, buttoned-up, successful, and NOT GAY. Ben's denial about his sexuality verges on the schizophrenic.

When Micah, the new lawyer at Ben's firm, asks Ben out to dinner, Ben tells himself they're JUST FRIENDS. So what if he constantly fantasizes about Micah's dick? It means NOTHING.

I loved strong, funny, and snarky Micah, as well as the delicious first-time sex, the banter between the men, and the quiet times they spend together.

Thankfully, Micah is no doormat. How could he be with a Jewish mama who turns every conversation into a battle of wit and domination? (Three cheers for Micah's mom!)

Micah doesn't put up with Ben's shit, and Ben finally crawls out of his oppressive, dark closet, reconnects with Noah and Clark, and stands up to his parents (although I still don't think they deserved to be defended or included in the HEA).

The ending felt a little rushed, with too many big events summarized, but I still enjoyed the hotness and sweetness between the MCs.

ARCs of these books were provided by the author in exchange for an honest review.