ARC Review: Nothing Like Paris by Amy Jo Cousins 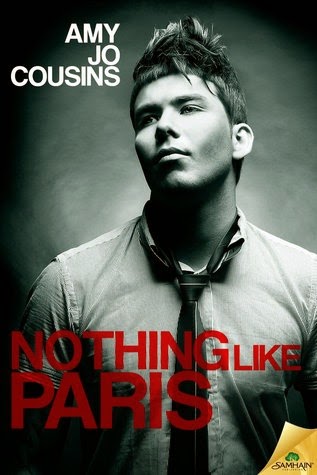 Jack Tarkington’s life is in the toilet. He was supposed to be spending his junior year studying someplace cool like Paris or Rome. Instead, after taking out his anger on the campus “golden boy”, whose dad ripped off his parents, Jack is facing possible expulsion.

Sure, it’s all his own fault, but coming back to the small Iowa town he thought he’d escaped, after crowing about his admission to a prestigious school, has been a humbling experience.

When he runs into Miguel, Jack braces for backlash over the way he lorded it over his old friend and flame. Instead, Miguel offers him friendship—and a job at his growing farm-to-table store and café.

Against the odds, both guys bond over broken dreams and find common ground in music. But when Jack’s college gives him a second chance, he’s torn between achieving a dream that will take him far from home, and a love that strikes a chord he’ll never find anywhere else.

Jack, harassing Tom to the brink of despair, was such a quintessential villain in book 1 of Cousins' Bend or Break series, I wanted to stomp on him and then spit for good measure.

But I suspected there was more to Jack's defensive posturing than met the eye. Jack suffered when his parents lost their life savings to Tom's scheming father. His dreams of reinventing himself in Paris flew out the window.

Angry, carrying a boulder on his skinny, hipster shoulders, Jack, the bullied in high school, became the bully. Jack is the kid of an alcoholic mother and indifferent father. The only power he had was leaving small town Iowa behind.

Forced to come home with his tail between his legs, Jack seeks out Miguel: his ex best friend, ex boyfriend, ex everything.

Miguel was lost when Jack left for college without saying goodbye. But Miguel was never going to leave, choosing his Mexican-American family, their farm, the familiar road. Now that Jack's back, Miguel puts a shield around his heart. He's not ready to have it shattered again.

Only Jack calls Mike, "Miguel." Jack likes to show the world that Mike is HIS. These two have many wounds to heal, but the road to redemption is paved with more than good intentions.

I am totally in love with Amy Jo's characters. They are imperfect. And real. They hide and blaze. They strut and cry.


Both MCs carry a torch; both are angry. And their struggle to pull and push and give and punish is pretty fucking angsty.

There are kisses in Miguel's farm-to-table cafe, a Batman on a roof, a high school counselor who gets it, pranks and laughter, a sexy game of pool during lesbian night, and gazing at the stars.

There's the guitar. And the banjo. And the MUSIC. These two . . . they make beautiful music together.

Jack has to come to terms with his resentment and jealousy toward Tom, the "golden boy" Jack tried so hard to be. He comes to see that he is blameless for his mother's addiction and that he can give, even when it doesn't serve him.

And Miguel realizes that he can't save Jack, and that he isn't entirely blameless; he needs to be needed, but maybe he needs Jack as much as Jack needs him.

[Miguel] would be needed for as long as Jack to stay . . . and that would be enough. It had to be. Because staying angry at Jack had been hard when Jack had left him. It was impossible when Jack needed him.


There's some serious passion here, a connection, a LOVE buried but not forgotten: two boys becoming men who know they are only complete when they're together.

And there's a HEA, the kind that will make you sing at the top of you lungs and whip out your banjo, even if you don't know how to play.

"I learned a new song for you."

"Yeah? What is it?" [Jack] couldn't wait to sing with this man once more. A million times more.

"The chorus goes something like this," Miguel said and sang in his ear about coming home. 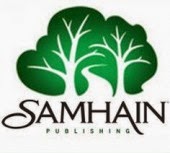