Please extend a warm welcome to EM Lynley and


Here’s a story about a cowboy and a chef. Just about everyone loves cowboys and we all like to eat, so what’s not to like about a story that combines both? Exactly. If you still need some convincing, here are ten good reasons to give Spaghetti Western a try. Don’t forget that Riley’s included some of his most popular recipes in the back of the book. He knows you’ll love them just as much as Colby does!


5 Reasons We Can’t Get Enough of Cowboys


We all love a man who’s good with animals. If a guy cares about pets, he must have a big heart and a tender spot somewhere besides the obvious. Cowboys take extra-special care of their horses and look after the health and well-being of the cattle they tend. Many cowboys put themselves in harm’s way to help an animal in need. Now that’s sexy!

Cowboying is hard work. We know they’ve got lots of muscles under those shirts, and not the kind you get in a gym. Carrying calves, equipment, saddles, and bales of hay builds a body worth showing off. Colby spends long hours on the trail and in the pasture, and that means working up an appetite—not just for what Riley’s got cooking in the kitchen.

These guys aren’t all brawn. It takes brains to do the job, too. He’s got to be one step ahead of the cattle and know how to handle other ornery critters. That’s easy compared to running the ranch as a business. Colby hates finances and paperwork, and he’s found out the hard way he can’t just ignore the numbers. But he’s smart enough to know when to ask for help, and when to make some necessary sacrifices.

Cowboys are modern-day knights who follow a code of conduct toward people as well as animals. Colby Zane believes this one hundred percent. He hates the idea of letting anyone else down, though sometimes that means putting his own needs first. When he has to choose between letting down his family, or hurting Riley, it’s almost more than Colby can handle. Riley loves that he can trust Colby with anyone anywhere, even if they have a few false starts at first.

The way those cowboys fill out their jeans takes our breath away! It’s getting hot in here. Somehow a cowboy can just rock those jeans showing off the perfect curve of his ass and giving a nice preview of what’s up front too. Mmm. It’s no wonder Levi’s became such a popular brand around the world. Did I mention that it’s hot in here?

Because a guy wearing just an apron is too sexy for words. Even better when he takes it off. Of course Colby can only dream about this happening, because Riley’s never alone in the kitchen or the dining room. And he certainly does dream about it. Riley knows the way to a cowboy’s heart isn’t just through his stomach. He’s got a few moves with cowboy boots that leave Colby speechless.

Chefs are creative. If a guy can take five totally random ingredients and prepare a delicious feast, chances are he’s got a least a few special moves in bed too. Colby’s been surprised by more than a few things Riley has done, and is looking forward to many more delicious surprises in the future.

Putting things in their mouths is part of a chef’s job. It’s sexy watching a chef eat, whether it’s food, or something else. And when it’s something else, it’s a lot more fun.

There’s nothing like watching your lover give a room full of strangers their O face—as long as he doesn’t touch any of them. Colby loves the way Riley can get the guests and staff at the Rocking Z moaning on a daily basis, whether it’s breakfast, lunch or dinner. But Riley only makes that face for Colby.

Bonus reason: He can always find some way to use up the extra whipped cream and chocolate sauce.

Cordon Bleu-trained chef Riley Emerson arrives in Aspen, Colorado for a summer at the best restaurant in town, only to discover his jerk of a boyfriend has dumped him, leaving his heart and his plans in tatters. Doubting himself and longing for a change of pace, he takes a low-paying position at the Rocking Z guest ranch, though he expects nature up close and personal won’t hold a candle to his exciting Paris lifestyle.

But all’s not well at the Rocking Z. Unsurmountable financial problems force them to seek a cash infusion from outside investor Fitz Wellington. Fitz is hot for Colby, and he won’t sign on the dotted line without some very personal incentives. The future of the ranch is at stake, and Colby’s just that desperate, but saving the Z might mean losing Riley.

When EM Lynley offered me this book for review prior to release, I jumped at the chance. I mean, have you read the blurb? A cowboy and a chef? A heartbroken chef at that? With a chance at some cowboy loving? Hell yeah, sign me up!

The blurb is almost giving away too much of the actual plot. Almost. I mean, I knew there was gonna be some angst, and I was right.

What hooked me though, from the first word, was Riley. Walking in like he did on Denny - so not cool. Denny is a real ass, and good riddance to him.

I loved how the author let the character grow into himself, from sad, heartbroken, prone to be stupid into someone who's caring, kind, unassuming and selfless. But Riley also has some sass. And boots.

Colby is the kind of quiet cowboy we all dreamed of, the 'still waters run deep' kind, the one who pines in secret, who doesn't dare dream of a long-term relationship. But Colby also has backbone. He loves the land, loves the animals, cares for them. It's in everything he does and everything he says.

Both main characters were well developed, with sufficient background stories to make their actions believable and realistic.

I was invested from the start, and hoping that these two men figured it out, despite their internal doubts and misgivings, and the miscommunication that comes from not communicating properly at all.

Then a huge wrench is thrown in. Wellington, the investor asshole extraordinaire who's after Colby and is not above asking for hot cowboy to join him in his boudoir, who's rude and obnoxious, and who is fun to hate, because hated him, I surely did. He's the pea in the Princess bed, the sand of corn that rubbed my eye, the jerk who also becomes the catalyst for Colby and Riley to come clean and finally talk honestly about what they're feeling.

Even if Colby almost went the route of prostituting himself for his ranch.

I liked the side characters as well, including Colby's aunt and Riley's sister, both of which help to steer these two men onto the path to happily ever after. The rest of Colby's family, and the ranch hands too, were a nicely rounded addition to this book.

Yeah, I adored this book, in case you couldn't tell. Excellent writing, great flow, no lulls in the action, fun moments with a Le Cordon Bleu trained chef on the open range feeding a bunch of weathered and ravenous ranch hands salad and fruit - it was glorious.

Y'all check this out, would ya?

** I received a free copy of this book from its author. A positive review was not promised in return. **

EM Lynley writes gay erotic romance. She loves books where the hero gets the guy and the loving is 11 on a scale of 10. A Rainbow Award winner and EPIC finalist, EM has worked in high finance, high tech, and in the wine industry, though she'd rather be writing hot, romantic man-on-man action. She spent 10 years as an economist and financial analyst, including a year as a White House Staff Economist, but only because all the intern positions were filled. Tired of boring herself and others with dry business reports and articles, her creative muse is back and naughtier than ever. She has lived and worked in London, Tokyo and Washington, D.C., but the San Francisco Bay Area is home for now.

She is the author of Sex, Lies & Wedding Bells, the Precious Gems series from Dreamspinner Press, and the Rewriting History series starring a sexy jewel thief, among others. 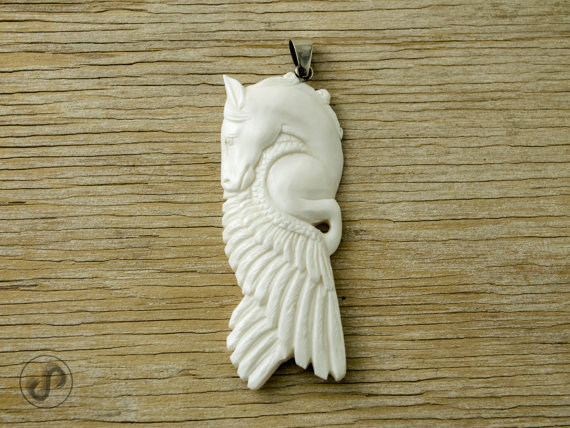 
Thanks for stopping by. Until next time, happy reading!!