Please extend a warm welcome to RJ Scott who's brought us a guest post about traveling, and info about A Reason To Stay. RJ is also offering a $10 giftcard to one lucky winner!

Be sure to say hi to RJ in the comments!!


I can’t believe it is less than a month to GRL. All my books have been ordered, flights books, hotels sorted, and now all we have to do is wait. We are getting to Chicago a few days early for a much needed break, and plan to do all kinds of tourist type things. Suggestions below please… ROFL.

America is somewhere I’ve always wanted to visit. I’ve ‘done’ Orlando (we spent our honeymoon in Fl along with Hurricane Andrew), I’ve been to Tennessee (gorgeous cabins) and last year of course we were in Atlanta. This year we have added the few days on to the Chicago even to visit some sites so that we see some things outside the hotel. Other places I would love to visit are Vermont, Montana, Seattle, Texas, and NY, (not that I am hinting at all… ROFL)

What kind of places would you like to visit? I get a lot of people telling me they’d like to see where I live, about 40m west ish of London. Do you want to visit the UK?

Tell us your own travel wishes in the comments!

A little bit about A Reason To Stay 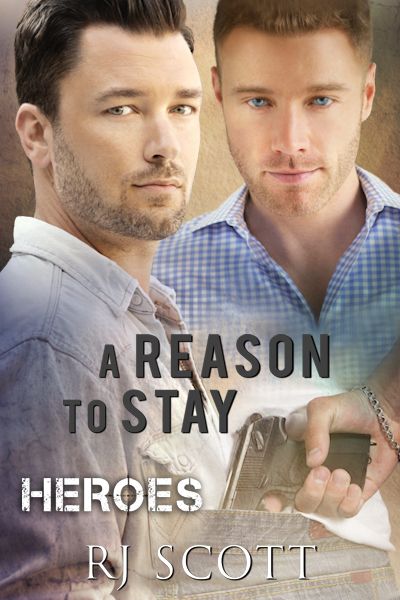 Sometimes the wars you need to fight are the ones you left at home...
When SEAL, Viktor Zavodny, left small town America for the Navy he made sure he never had a reason to return for anything other than visiting family. He wanted to see the world and fight for his country and nothing, or no one, was getting in his way. He fights hard, and plays harder, and a succession of men and women share his bed.

But a phone call from his sister has him using his thirty day down time to go home instead of enjoying his usual thirty nights of random sex and sleep.

What he finds is a mystery on the Green Mountains and the only man attempting to make sense of seemingly unrelated deaths. His childhood friend and first love... Lieutenant Aiden Coleman, Sheriff.

There were reasons Viktor left his home. Not least Aiden Coleman with his small town innocence and his dreams of forever. Now Adam and Viktor need to work together to save lives and prove there is a hero in all of us.

When it's done, if they make it out alive, can Aiden persuade Viktor that he has a reason to stay? Maybe forever?


One last try, he feinted left, then used his body weight to plow his assailant into the snow. The loud retort of a gun smashed into the air and the burning in Aiden’s arm had him realizing immediately that he had stopped a bullet with his body. Pain radiated from the wound and he gasped as it spread. Still, he struggled to get the upper hand, but the other guy was laughing, pushing him away. Finally when Aiden was done, the other man dragged him to stand.

“N-no one,” Aiden stuttered in the cold, his coat staining with blood. “Ex-ext—reme,” he added.

“Yeah, right. Then why did I see two sets of prints?” He pulled Aiden to just in front of the storage containers and Aiden struggled to stand. He’d never been shot before and it felt like his arm was on fire. He didn’t argue when the man forced Aiden to his knees in the snow. “Hands behind your head.” Aiden complied as much as he could. His left arm wouldn’t move on its own and he had to use his right hand to secure the position demanded of him.

The man backed up to the door into the concrete structure and opened it. “Micky, Ellis, get your asses out here, bring guns.”

Aiden watched, distracted by the pain, as one man walked out, shrugging on a jacket with a rifle in his hand.

“What the fuck, Parsons?” he groused before he stumbled to his knees and lay face first in the snow, blood fanning out from his head. Aiden couldn’t make out what had happened, just that one of the ones inside, Micky or Ellis, was now dead. Damn, but then he heard Parsons, with the gun pressed at Aiden’s temple, chuckle again.

“Seems we have an impasse,” he said carefully. Viktor walked out of the bunker with his own gun at the head of another man.

“Let him go,” Viktor said calmly. “And I won’t shoot your man here.”

“My man? I don’t give a shit about a disposable Ellis, shoot him, and I’ll shoot this one here to even the playing field.”

Aiden shook his head imperceptibly. To give away the upper hand was to lose the whole game. He wasn’t going to shoot Aiden. He stared at Viktor, but Viktor wouldn’t meet his gaze, his own fixed firmly on Parsons.

“Shoot him,” Aiden called, although even to his own ears his voice sounded choked.

Writing MM Romance with a Happy Ever After...

I am in awe that people read my writing and thank you all for taking the time to read, rate and review. Rj xxxxx

About me...I live in the UK just outside London. I love reading anything from thrillers to sci-fi to horror; however, my first real love will always be the world of romance. My goal is to write stories with a heart of romance, a troubled road to reach happiness, and more than a hint of happily ever after.


Thanks for stopping by, RJ.

And thanks for reading today's post. Until next time, happy reading!!