Book Blast: Driving Into The Sun by Dev Bentham 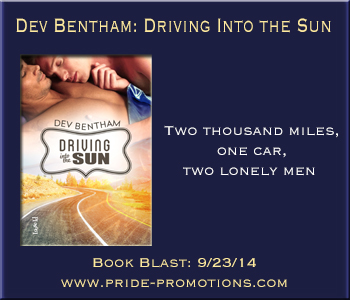 Today we welcome Dev Bentham and

Driving Into The Sun 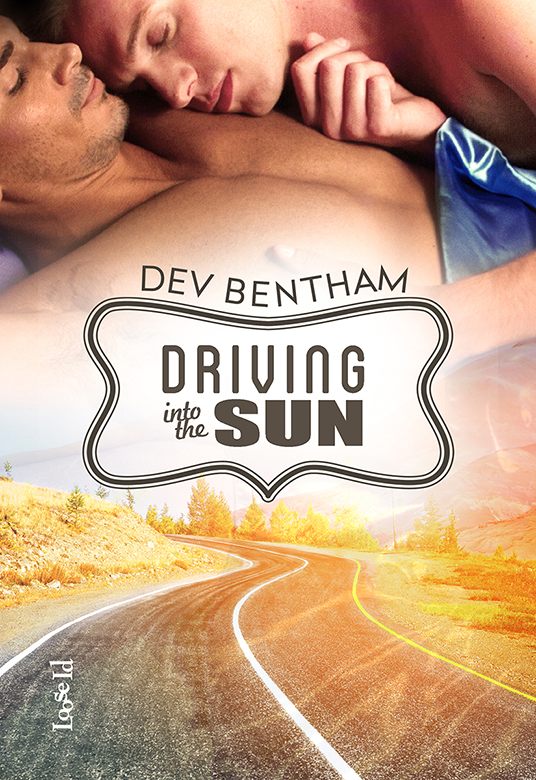 Bad choices. We all make them, some more than others. Dusty’s choices have left him unemployed, broke and practically homeless. Despite the major issues he has with his family, his only rational choice is to sell everything and move into his parents’ basement. At thirty. Looking for a ride west, he answers a phone ad. The voice at the other end of the line flows like dark, rich honey. Finally something to look forward to—listening to Joe’s voice all the way from Illinois to Idaho.
Rather than the hip crooner of Dusty’s fantasies, Joe turns out to look more like a panhandler. Is that because Joe dresses down, or are Dusty’s preconceptions about Native Americans clouding his vision? Joe is silent more often than not. He has a complicated past and still has amends to make. But he is ready to move on. Dusty feels trapped. Two damaged men, one small car driving two thousand miles into the sun—sometimes things need to break down before they can get fixed.

When Joe finished with the hand, he put his fingers under Dusty’s chin and tipped his face toward the light. His touch was gentle, like a lover right before a first kiss. Dusty’s lips opened as he stared up into Joe’s dark brown eyes. Joe’s gaze flicked to Dusty’s mouth, then away. He wet some gauze and began dabbing at Dusty’s cheek. Dusty had forgotten about scrape on his face. Now it stung. So much for the moment before a kiss. He bit the inside of his lip to keep from pulling away.

Dusty rolled his eyes. Handsome was about the last thing he’d call himself tonight. Still, he found himself smiling at the thought.

Dev Bentham writes soulful m/m romance. Her characters are flawed and damaged adult men who may not even know what they are missing, but whose lives are transformed by true love.