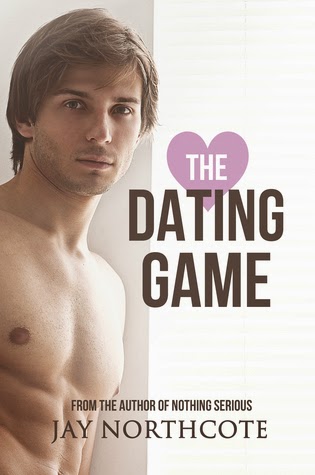 When they were at uni, Owen always had a bit of a crush on Nathan. But Nathan was apparently straight, and Owen was too busy with other guys to take his crush seriously.

When Nathan moves back to Bristol after a year away, Owen hears that Nathan has come out of the closet, and he propositions him. Nathan doesn’t want to be just another notch on Owen’s bedpost, though, so he challenges Owen to prove he can be serious: five dates before they have sex.

Owen doesn’t think that sounds too difficult. He’s expecting Nathan to find his charms irresistible anyway. But as they grow closer, Owen begins to care more about proving himself to Nathan than he does about getting him into bed.

That's Nathan's proposal to Owen, who's always been a bit of a tart. Nathan doesn't want to be just another notch on Owen's bedpost. Owen accepts the challenge, hoping he can change Nathan's mind. But it's Nathan who makes Owen realize that five dates may not be enough.

Cuteness and sweetness abound in this novella! Northcote's book are warm and light, and this one's no exception. I love easy, get-lost-in-the-moment stories.

Each of the five dates was a smile, a wink, a moment of connection. The banter was easy; the chemistry definitely there. And the no-orgasm rule fueled plenty of smoldering tension, lots of hot kisses, and naughty teasing.

There's some brief angst at the end, mostly because both MCs want more but aren't sure how to ask for it. I really liked the setting and Owen's roomates, who were a couple.

And no worries: there's still steamy action on page.

Do Owen and Nathan make it five dates? Read the story to find out.