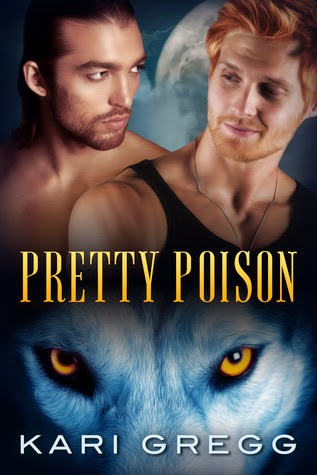 Noah fell from an eighth story balcony as a toddler, cracking open his skull and shattering his body. The accident would’ve killed a human, but even shifter blood can’t heal some damage. After the pack recommended a mercy killing, Noah’s family ran. But there’s no outrunning the mating pact formed before Noah’s birth.

Wade, the new alpha, chooses an adult Noah to fulfill the pact. Wade believes the previous alpha was a fool to reject Noah as a weak and inferior wolf, but Noah’s family was wrong to hide him and starve his wolf, too. Human doctors with human medicines are poison to shifter physiology. Now that Noah is fully grown, halting his shift to retain the pins, plates, and bars holding him together hurts rather than helps him, and for Wade, more than Noah’s recovery is at stake.

Noah’s family sacrificed everything to keep him alive. Noah will do whatever it takes to save them—including mate with the alpha who is determined to correct past mistakes and defeat old prejudices contaminating the shifter community.

Too bad some still believe Noah is the true poison…and should be culled from the pack for good.

I'm no longer a knotting virgin!

I liked the shifting/mating aspect of this more than I thought I would: serious growling, screwing, and biting. Wolves, especially alpha wolves, get damn aggressive, and that's damn hot.

The comfort/healing (Noah was injured when he was young and has a bum leg and other health issues) was sweet. Wade was possessive and toppy, but Noah was a snarky little shit too. I repeat: HOT.

The dialogue fell a little flat, and I never fully believed in Noah and Wade's relationship (the physical mating, yes, but not the emotional mating). The storyline about wolf and human medicine working together was pretty much dropped, and Noah's dad and two brothers were kind of delusional.

But I can forgive all that. Because. KNOTTING.

Buy/preorder links are provided as a courtesy and do not constitute an endorsement of or affiliation with the book, author, publisher, or website listed.
Posted by Dani(ela) at 6:00 AM