Today we shine the spotlight on S.E. Jakes' 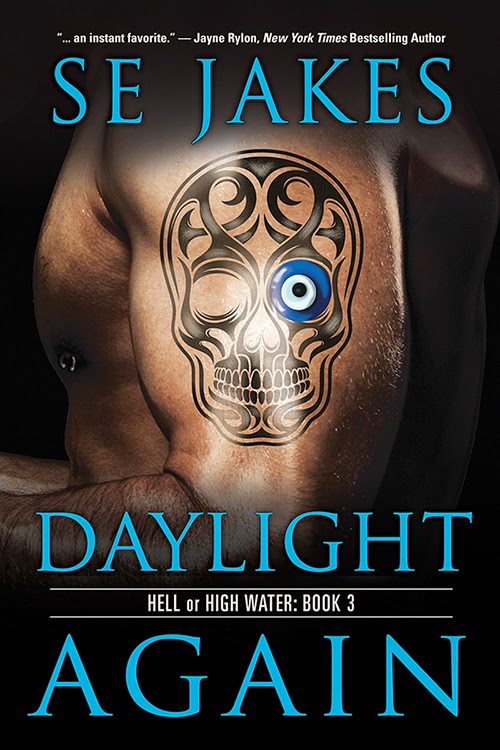 Book 3 in the Hell Or High Water series

Prophet Drews is a man on the edge, and he’s pulling Tom Boudreaux, his partner on the job and in real life, right over with him. When his old CO calls in a favor, Prophet asks Tom to join the off-the-grid rescue. But the mission raises all of Prophet’s old ghosts: CIA assassins, the terrorist Sadiq, and most importantly, John—traitor, former teammate, and Prophet’s first love.

To help bury those ghosts for good, Prophet and Tom gather the members of Prophet’s former SEAL team . . . and a spook named Cillian who’s been tailing Prophet for years. In the process, Prophet is forced to face his team’s shifting loyalties, ghosts who refuse to stay dead, and scariest of all, his own limitations.

With everyone’s lives in danger, Prophet and Tom must unravel a tangled knot of secrets, including their own. Prophet must decide how much to reveal to Tom, while Tom must decide how far he’s willing to go to help Prophet lay his ghosts to rest.

God, Prophet fucking loved a good bar fight—hadn’t had one in a while. He sent tables and chairs flying, was more cautious with actual people, but hell, anyone who came at him got a good, sharp right hook.

Ren had, of course, started the fight when Mal gave the signal that Cillian was heading toward the bar. Now, Prophet and Tom were the only ones from their group left inside the bar, and Tom ambled over to him while he waited by the dancers’ platform that was mostly unharmed. As were the dancers.

“You all right?” Tom asked.

Prophet nodded, noting that Tom looked entirely too pleased with himself. “That felt good.”

“What? I needed to release some tension.” Prophet stretched his neck. “I definitely don’t get to do that often enough.”

“There are other ways to relieve tension, Proph.”

He grabbed Tom and yanked him close, rubbing his rough-stubbled cheek against Tom’s, knowing full well Tom loved the scratch and burn. “You fought too, Cajun.”

“Self-defense, pure and simple,” he protested. “And I saw Mal and Cillian. We were clear before the fight.”

“And after. Saw Cillian leave with the majority of the crowds,” Prophet confirmed. “Where were they?”

“Closer to the back.” Tom waved a hand casually in that direction. “Shouldn’t we leave?”

“Not till we get the all clear.”

He pulled Tommy onto the dance floor, wrapping around him, burying his face in Tommy’s neck. Tom did the same as they swayed. Partly so they wouldn’t be spotted, but mainly because it was really nice to be able to hold Tom like this. “Want to fuck you right here,” Prophet murmured. “Get on my knees, suck you. Then turn you around, hold you against the pillar and take you in front of everyone.”

“Ah, you like that idea,” Prophet shifted his glance to another couple, made sure Tom noticed they were stroking each other.

“Right,” Prophet teased. “Because we don’t have enough sex.”

But really, sex with Tommy was everything. It was where and how he’d gotten the best possible education on everything Tommy—and he was well aware that Tom had gotten the same information on him. Until you really knew what someone was like in bed, you didn’t really know them at all.

“Never enough,” Tom informed him seriously. “And maybe I’d push you onto your knees. Then down on the ground. Spread you and fuck you in front of everyone.”

SE Jakes writes m/m romance. She believes in happy endings and fighting for what you want in both fiction and real life. She lives in New York with her family and most days, she can be found happily writing (in bed). No, really…

You can contact her via email or the following ways:


Thanks for stopping by. Come back soon for our reviews of Daylight Again.

Buylinks are provided as a courtesy and do not constitute an endorsement of or affiliation with this book, author or publisher listed. 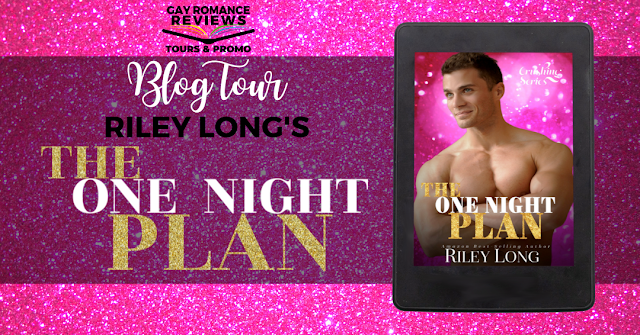