ARC Review: Stay With Me by S.E. Harmon 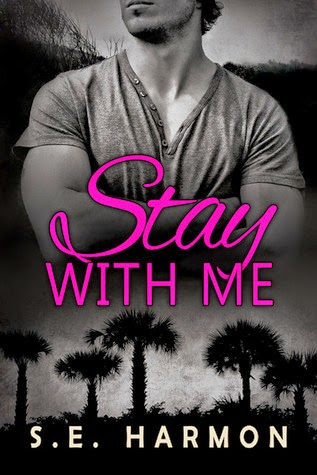 Private investigator Mackenzie Williams’s newest client is everything he’s looking for in a guy—charming, beautiful, intelligent, and successful. There's only one itty bitty problem—the guy’s not exactly gay. In fact, Jordan Channing is looking for a PI to follow his fiancée. The smart thing would be to thank Jordan for his time, turn Mr. Perfect away (don’t let the door hit you on the rump, thank you very much), and forget he exists.

Of course, Mackenzie has never been accused of doing the smart thing. Being smart aleck is more his MO. Relationships aren’t up his alley, never have been. So why’s he so inexplicably drawn to his new client?

Jordan has always been the high achiever, a man who lives in a focused, controlled, and carefully constructed manner. But for the first time in his life, he has to admit the impossible—another man is getting his engine running on all cylinders. Despite Jordan’s denial, it’s not long before he can no longer resist the strong undercurrents pulling them together. Now Jordan must decide if he can go against everything he’s ever known to have the only love he’s ever wanted.

Mac is a private investigator who specializes in catching cheating spouses. He's cynical and scared of being hurt, so he turns tail and runs when things get tough. Having just broken up with a long-term closeted boyfriend who dumped him for a woman, Mac is not prepared for the attraction he feels for Jordan, a handsome lawyer he meets while on a stakeout. Jordan thinks his fiancée may be cheating on him, so he hires Mac to follow her.

The spark between Jordan and Mac is like a scorching flame, and there is some serious wanton sluttiness in full glory on the page.

The relationship between the MCs doesn't roll as smoothly as the sexy times. Jordan distances himself, pulling away before he gets too attached, and Mac is confused about his sexuality and not sure whether he's bi or just gay for Mac. I didn't love that Jordan is essentially engaged for most of the book and there is a huge plot point regarding his fiancée that's left unresolved. Why Jordan's engaged to her in the first place isn't explained; he seems completely ambivalent toward her.

There's also on-page sex between Mac and another guy early on in the book, which was a total pisser. Mac is initially still pining for his recent ex, and the interactions between Mac and Trevor (the ex) got a little long-winded.

I felt like I knew Mac fairly well, since the book is from his perspective, but Jordan was more of an enigma. Both guys drove me crazy with the hot/cold tug of war they had going on. Jordan gave off mixed signals initially, and Mac just left when things didn't go his way.

I liked many of the secondary characters, including Mac's business partner, Drew, his sweet ex Nick, and his brother and dad.

Even though I liked the story and the book was well written, it could have been trimmed by a hundred pages; there was some unnecessary filler, especially at the beginning. But it did grown on me, and the ending was a strong HFN.

Buy and preorder links are provided as a courtesy and do not constitute an endorsement of or affiliation with the book, author, or publisher listed.
Posted by Dani(ela) at 6:00 AM