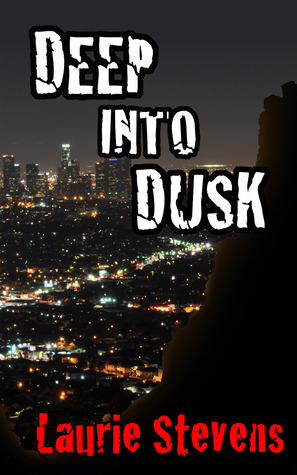 
In this the second installment of the pulse-pounding series, Detective Gabriel McRay is once again forced to face his inner demons. From the enclaves of the super rich to the kinky underbelly of Los Angeles, women are turning up dead and Gabriel is determined to hunt down the killer. His one and only witness is the beautiful Tara Samuels. Blinded by his own sympathy and desire, Gabriel soon realizes Tara is not the fragile victim he thinks she is. Trapped in the web of her dark world, Gabriel realizes that only way out is to find the sadistic killer before he loses not only his career, but his sanity and his life.

Sandra's review of Book 1, The Dark Before Dawn

Laurie Stevens is a novelist, screenwriter, and playwright. Her writing has appeared in numerous publications and she co-wrote and produced the play with music, “Follow Your Dreams.” Her short story, “Kill Joy,” is in the anthology, “Last Exit to Murder”. Her debut novel "The Dark Before Dawn," is the first in a psychological suspense series. The novel earned the Kirkus Star and was named to Kirkus Review’s “Best of 2011”. A Goodreads Book of the Month, the novel also received top honors at the 2012 Hollywood Book festival. “Deep into Dusk” is the second in the series. When she is not writing, Laurie is running a wholesale closeout business with her husband. To learn more about the author, visit her website at www.lauriestevensbooks.com.

Two lucky people will each win an e-copy of Deep Into Dusk. Good luck!