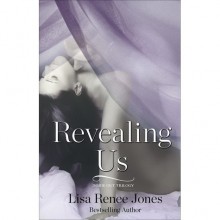 
I was equally bored and exasperated with this book. Nothing much gets really resolved, the heroine Sara borders on TSTL and Chris Merit continues to be a super secretive controlling guy who won't tell Sara what's going on, all for 'her protection'. Her passport is stolen upon arrival in France (how convenient) and now Sara is entirely dependent on Chris. Of course, she makes excuse after excuse, all in the name of twu luv.

Nothing gets resolved in this book, new characters are introduced, some secrets are revealed (that have little or no bearing on the plot), and then finally at the end, twu luv saves the day.

Of course, since the author isn't quite done yet, we also get an epilogue that's supposed to get us salivating for the next book. Didn't work with this reader. I'm done.

These are two people who absolutely deserve each other. I didn't connect with either one of them, and their characterizations are so over the top, I'm wondering what I ever saw in them to begin with. Sara is either damsel in distress or suddenly has a five second back bone, Chris is unlikable, because we only get to see him through her eyes, and the secondary characters are, with the exception of Chantal and Rey, utterly annoying. Amber and Isabel both are part of Chris' past, and they both seem to still want the man and make underhanded comments to Sara about him. Chris must be some kind of dumb chick magnet, because these women are all insecure and portrayed as bitchy, without being given any additional characterization. One-sided card board characters, without any improvement. Sure, there was an attempt at explaining Amber's bizarro behavior, but Isabel is portrayed simply as a sadistic bitch. And of course, both Amber and Isabel "know" what Chris needs, and Sara simply isn't woman enough to give it to him. Or so they say. Because people aren't allowed or ever expected to change. Right.

The insecurities permeating this book (because women are all that way, obviously. Not.) are ridiculous. Sara has some kind of rescue syndrome - she wants to be the one who gives Chris all he needs, even if she has no clue what that actually means. Nor does she really know the man well enough to make that assessment. I didn't buy the overwhelming passion. It's a nice romantic notion to think that sex is a cure-all, and that compatibility in the bedroom (and persuasion to try more kink) are sufficient to keep the relationship going.

Oh, and then came the clincher. Sara is still looking for her friend Ella. Remember Ella from book 1 - yeah, that school teacher who eloped with some guy to get married in France and is supposedly on her honeymoon, but then doesn't show up for school, and Sara is all worried. Turns out Ella is apparently just as TSTL as Sara because she got herself involved with some unsavory character who - wait for it - might have Mob connections.

I lawled and lawled upon reading that, and it was the final nail in the coffin for this book and this series.

The writing style is much like Sara is depicted - breathless. Rapidly changing moods do nothing to endear either character, and Sara's whimpering is off-putting. I can see what the author tried to do with the character, but for me, this intent backfired.

Those of you invested in this series - you'll likely enjoy this 3rd installment. Just know from the start that there will apparently be another one down the road.

I received a free ARC from the publisher via Netgalley. A positive review was not promised in return.

Buylinks are provided as a courtesy and do not constitute an endorsement of or affiliation with this book, author or booksellers listed.
Posted by Sandra at 6:00 AM